Phoebe Bridgers appeared in court on August 11 in an ongoing defamation lawsuit, and the judge on the case appears to be leaning towards throwing the case out entirely.

As reported by NME, the lawsuit was filed against Bridgers by producer Chris Nelson last year. It came following an October 2022 social media post in which Bridgers directed her followers on Instagram to a thread written by her friend Emily Bannon. Nelson claimed the post was defamatory.

He subsequently sued the singer and is currently seeking $3.8 million in damages. He claims that Bridgers “intentionally used her high-profile public platform on Instagram to publish false and defamatory statements” about him “in order to destroy his reputation.”

Bridgers, who appeared in court though wasn’t called to testify, responded in a sworn declaration earlier this year saying: “I believe that the statements I made in my Instagram story are true. My statements were made based on my personal knowledge, including statements I personally heard Mr. Nelson make.”

Nelson has also demanded the right to depose Bridgers, saying it was the only way to prove that the musician defamed him. Earlier this month, Bridgers lawyers called the request “harassment.”

Appearing in court, the judge said of the case: “I’ve had time to think about this, and I certainly have some formulated thoughts, where I’m at, where I’m leaning… It would seem to me that the posting by Ms. Bridgers is one that is a matter of public interest. It seems to me that her statements on Instagram are statements that concern a person who’s in the public eye, as well as statements that could directly affect a large number of persons beyond Mr. Nelson and Ms. Bridgers.”

The judge further explained that it was a “matter of public interest when Ms. Bridgers, in her Instagram post, intended to provide protected consumer information to musicians or others who might consider working with the plaintiff.” 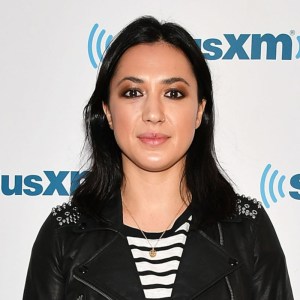