In celebration of what would have been Otis Redding’s 81st birthday, the Otis Redding Foundation is holding a weekend of events to honor the late soul singer, who died in 1967 at the age of 26, during a two-day event on Sept. 9 and 10 in his hometown of Macon, Georgia.

“Our family is elated to celebrate my dad’s legacy in person for the first time since the pandemic,” said Redding’s daughter Karla Redding-Andrews, vice president and executive director of the Otis Redding Foundation in a statement. “We are happy to bring the weekend-long celebration back to Macon and thank the countless patrons who have supported the Otis Redding Foundation since my mother established it in 2007. We’re excited to share our vision of musical education with the community.”

The weekend of events will kick off on Sept. 9 with the launch of the new Otis Redding Center for the Arts, an 11,000-square-foot space dedicated to musical education featuring collaborative spaces, practice rooms, learning labs, and a stage for student performances.

Nightly concerts will also close each night beginning with An Evening of Respect at Macon’s historic Grand Opera House featuring performances by country singer Mickey Guyton and jazz pianist Robert Glasper. On Sept. 10, The Big “O” Homecoming Show at the Capitol Theatre will feature performances by The War and Treaty Kendra Morris, and Monophonics. The show is an homage to Redding’s Home Coming Show and Dances at the Macon City Auditorium throughout the 1960s, which introduced some of his contemporaries to Macon.

Also serving as a fundraiser, the two-day event will benefit the Otis Redding Center for the Arts, which will support the mission to “empower, enrich, and motivate youth through education programs involving music, writing, and instrumentation,” according to the Foundation.

The Otis Redding Foundation has supported thousands of students in their pursuits in music and the arts since its inception in 2007 with programs including the annual Otis Music Camp for ages 12-18, Camp DREAM for ages 5-11, music education workshops, private and group lessons, and opportunities to perform on iconic stages like the Ryman Theater in Nashville. 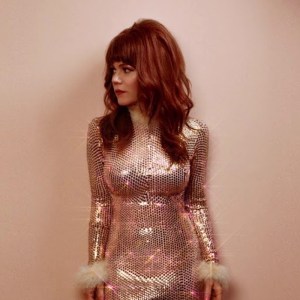