During the 56th annual ACM Awards on April 18, Chris Stapleton surprised the audience when he stepped onto the Bluebird Cafe stage with Miranda Lambert in place of his usual backup vocalist and wife, Morgane.

According to People Magazine, her absence was due to a last minute doula obligation to a member of the extended Stapleton family. “I think my sister-in-law is in labor right now,” the artist confirmed backstage. “She may be on her way to the hospital. I’m not sure. So my wife was kind of on baby watch.” The father of five children jokes, adding, “and for once, not her own baby.”

Stapleton expressed gratitude for Lambert’s willingness to lend her voice to his performance of “Maggie’s Song” from his latest record, Starting Over, that took home the ACM Album of the Year Award at the event. Additionally, Stapleton was the male artist nominated for the most awards at the 2021 ACMs, also up for entertainer, male artist, and song of the year for the title track, “Starting Over.”

He and Lambert’s vocal collaboration on “Maggie’s Song” was among a lineup of moving performances from the show after a hard year. The tribute track—recorded with Morgane’s intertwining harmonies—honors a lab-terrier the couple rescued who recently passed.

Lambert’s duet with Stapleton was one of several appearances during her full itinerary at the awards show. In addition to “Maggie’s Song,” the artist opened the show alongside Elle King with their recently released duet, “Drunk (And I Don’t Want to Go Home).” Nominated in multiple categories, the Grammy Country Album of the Year winner also performed “In His Arms,” another new collaboration with the singer’s fellow Texans and fellow songwriters Jack Ingram and Jon Randall to tease their upcoming collaborative album, The Marfa Tapes. 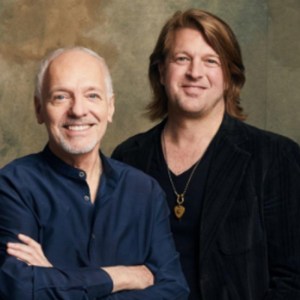