Miranda Lambert is back with her eighth solo studio album, Palomino, released on April 29. The sundry LP charts a path across the American road.

In detailing her travels from the west to the east coast, Lambert produced a triumphantly hopeful record that has already achieved critical acclaim.

Following the LP’s release, Lambert sat down with Apple Music’s Kelleigh Bannen to chat about the new “traveling” album, her writing process, and how taking time away from touring sparked a fresh creative spirit.

While creating the record, Lambert visited 36 separate places across the U.S.

“It’s a physical journey,” Lambert told Apple Music. “We started with the ‘Tourist.’ Then we wrote ‘Scenes’ next. Between those two songs, the person on the journey was meeting all these people, taking a road trip out west, so we started chasing that.

“We actually looked at maps on our phone. I was like, ‘We haven’t been to Nashville yet.’ So we wrote ‘Music City Queen.’ Luke [Dick] was like, ‘We need to do some northeast stuff,’ so we wrote ‘Pursuit of Happiness.’

Each of the 15 tracks evokes a new character set within their respective colloquial backdrop. Inspiration varied from her own experiences growing up on a farm to Townes Van Zandt’s dog.

Lambert said of the track “Geraldene,” “I was watching Heartworn Highways. In that movie, Townes’ dog is named Geraldene. I was with Jack [Ingram] and Jon Randall on a picnic blanket in Marfa and I said, ‘What about Geraldene? That’s the song title. Who’s she? Let’s write something about her.”

Of the character in “Carousel,” Lambert added, “She’s in love with Harlan Giovanni, who’s a trapeze artist. What’s not romantic about flying through the air? And how do you not think about that when you take your stroller to the fair and hear these noises and smell the cotton candy.

“It was just so emotional writing about this beautiful woman who lived in this crazy life with these sequins and then just put it in a cedar chest forever,” Lambert said. “And now she’s a soccer mom and loving that, too.

“That’s one of those songs that I feel we were really lucky to pull. It came down out of the sky and we were lucky enough to catch it,” she continues. “I don’t even know if I’ll ever be able to sing it live for a long time just because it just wrecks me for this character, the narrator, the whole story, because it is very close to home.”

Due to the COVID-19 pandemic, Lambert took a break from touring. Suddenly thrust into a much quieter life, she found the “boredom” began to fuel her songwriting efforts.

“I realized how much better [of a songwriter] I am when I get a little bit bored,” she told Bannen. “I need to just go brush my Great white Pyrenees for two hours at my farm without my phone. [My Husband says], ‘It’s because you don’t stop enough. You’re creative and you’re in business as a woman.'”

Palomino marks Lambert’s first solo album release since Wildcard in 2019, which won the Grammy Award for Best Country Album. On The Marfa Tapes in 2021, she collaborated with musicians Jack Ingram and Jon Randall in a raw tribute to the Texas town. Her latest single, “If I Was A Cowboy,” released in October 2021, is the lead single from Palomino, currently sitting in the Top 20 on country radio.

Lambert is slated to begin a residency at Las Vegas’ Planet Hollywood Resort and Casino, opening in September 2022.

Tune in and listen to the episode in full anytime on-demand HERE. 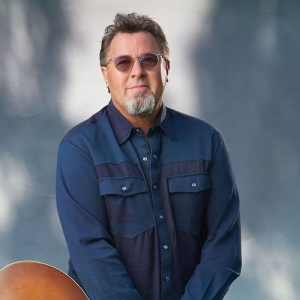 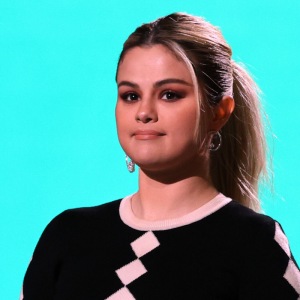