As the album’s opener, “Control” sets the stage for Burch’s decision to shed the anxiety and insecurity of her twenties and embark upon a new phase of embracing her most authentic self. The result is a liberating soundtrack that prioritizes ecstasy and escape. Loving’s not easy / I want to go back to the beginning and change the way I said it before / All those times I didn’t mean it can’t believe I tricked myself / I want you more than I want control, Burch sings in “Control.”

“‘Control’ is about questioning how to be in a mature relationship and looking at past mistakes. I wrote this album in the last year of my 20’s so I was thinking a lot about time in general and looking backwards on the last decade of my life,” Burch shared. “When it came time to record, Alaina and Pat suggested I write a bridge for this song, so we wrote the chords together around the piano and then I wrote the lyrics uncharacteristically fast. The bridge completed the song for me—it kind of sums up the innocence of when you first commit to someone but also feel indecisive about commitment in general. It’s about wanting to find a balance with having a partner while acknowledging and accepting your own flaws.”

Born and raised in southern California, Burch’s infatuation with music began with Billie Holiday and Nina Simone, which led her to study jazz vocal performance in college. After graduation, she settled down outside Austin, Texas, where she recorded her breakout 2017 debut, Please Be Mine, a release that prompted an avalanche of praise.

For her upcoming album Romantic Images, Burch deliberately recruited a crew of mostly women, including Tennis’ Alaina Moore and Pat Riley producing, reveling in the power of the divine feminine. In the two-week recording process, the team managed to create a collection that celebrates the timeless delights of a well-crafted pop song. “Sonically, I love how there’s a mix of vibes —starts out with a dramatic piano intro into a chorus that feels like a ‘90s club vibe,” Burch shared.

Written with live performances in mind, the record exudes both thoughtful introspection and carefree abandon all at once. You can see Burch perform it this fall, where she will be headlining a hometown show at Austin’s Mohawk on September 18 before heading back on the road with Tennis. 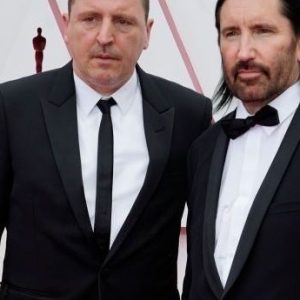