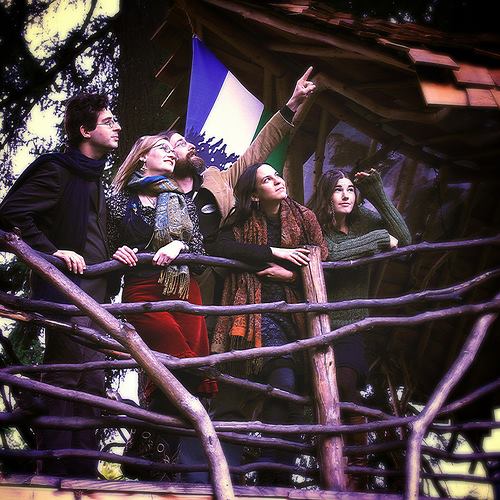 The Video: “The Flood”
The Artist: Portland, Oregon Americana outfit The Moonshine, the new project from singer-songwriter Michael The Blind.
What Goes On: The band jams out in a tricked out treehouse.
Technical Details: According to Michael, “The idea for the ‘Flood’ video came about very simply. The treehouse we played in is located at Ujima Center in NE Portland which also happens to be where our fiddle player, Susanna Low-Beer lives! It was built as a joint collaboration between the master natural builder, Sunray Kelley and the Village Building Convergence  in 2012 and is just such a great example of people working with the natural landscape to create something both functional and awe-inspiringly beautiful. Given the lyrical content of the song, the treehouse was the perfect choice. It was very important to us to capture an exact sense of place, as well, and so shooting in the rain seemed the only natural thing to do. The video was directed by Bryce Phelps, a long time supporter of our music and good friend. More of his work can be found at www.ditchlife.com.”
Songwriter Says: “‘Flood’ is another song that started out somewhat topically and ended up as something a bit more generally anthemic. Written while listening to nonstop radio coverage of Hurricane Katrina and the subsequent flooding, the lyrics took a turn toward a more spiritual climb to higher ground, and the beauty of the struggle to overcome adversity whether it is of the man made oppression variety, the inescapable natural variety, or a mixture of the two. Susanna’s solo on this one just soars!” 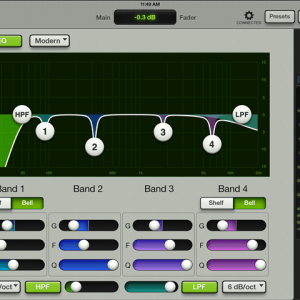 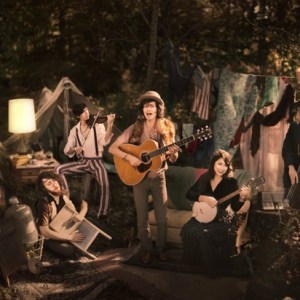