Morrissey’s current North American tour has been met with what seems like endless setbacks. Not even half way through the run of shows, Morrissey has already ended one show prematurely, announced the delay of his upcoming album with no new release date in sight, and has now canceled two upcoming shows.

“Due to band illness, we are devastated to announce we cannot proceed with tonight’s [Nov. 22] show in Salt Lake City and tomorrow’s [Nov. 23] show in Denver,” The Morrissey Instagram page explained in a recent post.

“Thank you to the fans for the ongoing love and support while we take a moment to restore and recover,” the post continued. “All being well, M and the band will be back on stage in Minneapolis on Friday night.”

No specifics about the “band illness” have been given. If all is well, the tour is scheduled to carry on with the November 25 gig in Minneapolis, Minnesota, and will finish out with dates in Milwaukee, Wisconsin; Washington D.C.; Brooklyn, New York; Newark, New Jersey; Philadelphia, Pennsylvania; and Boston, Massachusetts.

During the second stop on the U.S. tour, the singer left the stage after just a half hour into his set. Calling the night quits with no real explanation, one of his bandmates took the stage at the Los Angeles venue to tell the crowd, “Sorry but due to unforeseen circumstances, the show is not going to continue. Very sorry. We’ll see you next time.” Many fans tossed around the theory that Morrissey was “too cold” onstage and so he halted the night due to discomfort.

Morrissey also recently announced that his long-awaited 14th solo album is no longer set to drop in February 2023. “‘Bonfire of Teenagers’ is no longer scheduled for a February release, as stated by this site,” read a message posted to the singer’s website. “Its fate is exclusively in the hands of Capitol Records (Los Angeles.)” No further explanation or new release date has been given. 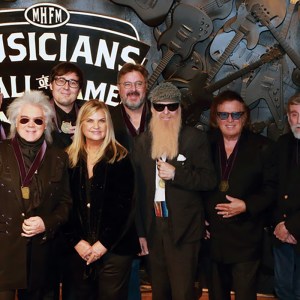