Classic rock fans might be excused if they’ve lost track of all the lineup changes that Jefferson Starship have undergone over the years. Yet the band’s calling cards – virtuosic playing, anthemic choruses, and socially conscious lyrics – are still very much in evidence in their potent live performances. On their new EP, Mother Of The Sun, Jefferson Starship thunders back into the game, combining the craft of a veteran band with the energy of upstarts.

In a recent interview with American Songwriter, David Freiberg, who has been a member of Jefferson Starship for 25 years over two separate stints, says that it was just a matter of getting everybody in the same studio space at the same time to finally start recording again after a 12-year layoff from releasing new music. “We were all in the San Francisco area for a while, and we all just got into the studio at my house and started jamming, just playing together,” Freiberg explains. “Because most of the time, the only time we get to see each other is on gigs and sound checks, and you can’t really get into writing then.”

“We just started playing together and people would sing along to the changes that would just happen. We did that for a couple of days, running a two-track of everything that was going on. A bunch of songs came up. And then of course we had to finish them, and we were still on the road all the time. So it was hard to find the time. We still have unfinished ones, but now we can’t get together because nobody can get together. But we talk on Zoom all the time and we definitely still love each other a lot.”

Jefferson Starship is currently comprised of multi-instrumentalist and vocalist Freiberg, lead singer Cathy Richardson, lead guitarist Jude Gold, keyboardist Chris Smith, and drummer Donny Baldwin. The name that is missing, of course, is Paul Kantner, the man who helped create the band out of the ashes of Jefferson Airplane in 1974 and was its leader for most of the time from then till his death in 2016. Mother Of The Sun features the first original material released by the band since Kantner’s passing.

Freiberg says that the band found ways to pay tribute to Kantner on the new record. “It’s dedicated to Paul,” he explains. “We felt him here. For one of the songs, we just started out playing this jam and it turned into something. We could feel the parts of it and everything. And Donny Baldwin started singing out, ‘What are we waiting for?’ That was one of Paul’s taglines. Paul was always saying that. He was very impatient when people were trying to get something going. And so that became the name of one of the songs.”

Even with Kantner gone, Jefferson Starship managed to make strong connections to its heritage with the various songs on Mother Of The Son. For example, “Don’t Be Sad Anymore,” which Freiberg croons, Sinatra-style, over a grand piano, was a co-write between Chris Smith and Marty Balin, the man responsible for writing and singing some of the band’s biggest hits who passed away in 2018.

There is an homage to the Jefferson Airplane days as well, as guitarist Gold performs his own version, recorded during a show, of “Embryonic Journey,” the instrumental made famous by Jorma Kaukonen. “Normally, he’ll play it at most shows,” Freiberg says of Gold. “When Paul was still around, there was a span of time where there was an anniversary of Surrealistic Pillow and we’d go out and actually just play the whole album. So who was going to do ‘Embryonic Journey?’ Jude played it, and I said, ‘Well, Jude, make it yours. Do the Jude Gold thing to it.’ He turned it into this beautiful thing. I just love it. I haven’t actually heard what Jorma actually thinks of it. Most of the band are standing there watching him do it every night, because it’s never the same.”

In addition, bassist Pete Sears, who had been part of the band’s hitmaking lineup in the 70s and 80s, appears on three of the tracks. “He’s so busy,” Freiberg says of Sears. “And he’s with a bunch of guys that he plays with all the time in lots of different bands. He’s one of my old buddies and we all love him. We were doing some of the tunes and I asked him if he wanted to play and he said he’d love to. And so he played bass and he was great. I wish there was a way to have him around all of the time. But we have to share him.”

But perhaps the biggest stamp of approval on Mother Of The Sun comes from the fact that the lead single, “It’s About Time,” was co-written by Grace Slick and contains the kind of call to activism that has always been part of Jefferson Starship’s identity. “Grace and Paul’s daughter China is good buddies with all of us,” Freiberg says of how the song came to life. “I’ve known her since she was an infant. She’s like a sister to Cathy and she’s instrumental in wanting to keep the band together.”

“We were playing gigs in LA. China was living with Grace at the time and Cathy was staying with them. They watched the #MeToo women’s marches with Grace. They were watching this and said, ‘We ought to write a song.’ Because we had played ‘What Are We Waiting For?’ for Grace and she thought it was really good. That was the spark for Cathy. She said, ‘Would you want to help us write a song?’ Grace said she’d send some lyrics and, some time later, Cathy received some lyrics, which turned out to be ‘It’s About Time.’”

Freiberg says that the band has been able to keep their continuity of sound and vision in part because of Kantner’s role as the nucleus. “All of us spent a long time playing with Paul,” he explains, before riffing amiably on some of the comings and goings. “I’ve been playing with Paul since 1963. I wasn’t in the original Jefferson Airplane, because think I was in jail when they got together. Kathy joined in ’08. And Donny came back in ’06, shortly after I did. I took 20 years off, actually. I came back in ’05. So I’ve been doing it 15 years since then.”

Regardless of the roster turnover, Jefferson Starship proves with Mother Of The Son that they are still a creative force and not just a live heritage act. And, as Freiberg says, that was what their former leader would have wanted.

“That was part of our assignment in carrying on the band, was to keep on creating and to carry the fire that Paul was always carrying,” Freiberg concludes. “We looked at that as our reason for playing. And everybody is totally into it.” 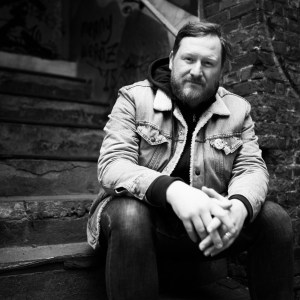 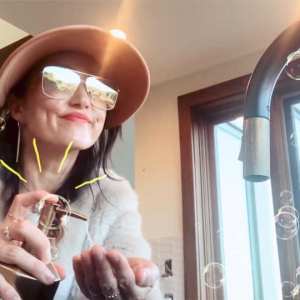