In his new album, Let Me Roar, Northcote strives for honesty and the release of tensions in life

When the singer/songwriter, Northcote (aka Matt Goud) isn’t at his day job, he is working on himself and his music.

Most recently, Goud has put his time into creating his latest record, Let Me Roar, which features the focus track, “Streets of Gold.”

The title is all about Goud just being himself and letting go of the roles that are put on your person throughout life and feeling the roar ready to be released from inside of you.

“I had a lot of false starts. I so badly wanted the record to be like a political record or a record with a lot of energy, but what I found was Let Me Roar came to me naturally once I surrendered to what was actually in my soul,” says Goud.

“There was a night when I went out on the town. I was drinking a lot alone, wondering how I was going to write this music and I was starting to take some of the pills around the house. I woke up one morning and decided I needed to do some things for myself. I felt like I was carrying a lot of weight on the record and when I sort of let that down and started working on my own issues, then I was able to pull the demos together around April 2019. I just knew that I wanted to get back into the studio as a way for me to get in touch with my voice.”

Although most of his music can be described as folk/americana, Goud has a background that focused on a variety of music genres including religious a cappella, 90’s country, rock N’ roll and heavy metal.

“I grew up with music mostly in the context of our small country church. From there I was in school band, I loved school band a lot,” says Goud.

After learning his Christian boarding school did not have a school band, he shifted his focus to playing the guitar and drums, which eventually led him to punk and hardcore music.

“There was a lot of emphasis on a cappella singing in the religious tradition I grew up with, so I learned how to read sheet music and learned about harmony. I think that when I was younger, when I heard metal music and punk rock music, I was opened up to a whole new universe of music. From my sheltered music experience from where I grew up, punk stuff opened up the world to me.”

Even as a young boy, Goud knew he had a passion for music, and he was determined to keep it alive in his life.

Since he grew up in the small town of Carlyle, Saskatchewan with only AM radio to listen to, he spent a lot of time hearing 90’s country music. Then he had several years as a young adult when hard metal was his genre of choice. Now, he has made it full circle as he makes music that correlates with that AM radio sound he used to know so well.

Because Goud has struggled in his past, he needed a job and through that journey he has discovered something to do that aligns with his values, a harm reduction worker. This is a job where he can help those who are underestimated and looking for housing. His experience with those who struggle with the realities of life has worked its way into his song “Streets of Gold.”

“I find the record to be pretty personal when it comes to me and my intimate relationships. ‘Streets of Gold’ is unique because it is more inspired by my day job.”

“In the song is like a poem. I am showing the streets of gold are the consequences of vapid wealth.”

Goud has chosen to bring his life and its struggles into his music in order to truly connect with his audience on a deeper level and to show them who he is as a person.

“I don’t need to be a cool guy with a guitar. I just want to show up in a more genuine way, that’s what I’m working on.”

Listen to this new music down below and make sure to pre-save it to hear more of Northcote: 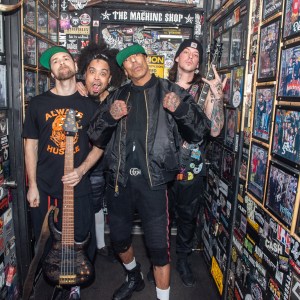 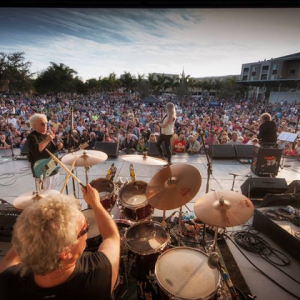