Today (September 14), Kentucky-born psychedelic rock band, My Morning Jacket, released the first single, “Love Love Love,” from its forthcoming self-titled album, which is out on October 22 and is its first studio LP since 2015.

“‘Love Love Love’ is trying to steer the ship away from everything I’m talking about in ‘Regularly Scheduled Programming,’ and speak toward positivity and pure love, finding truth within yourself and in the world around you,” says My Morning Jacket frontman, Jim James, in a press release.

In August, the band released its then-latest single, “Regularly Scheduled Programming,” which you can see here:

My Morning Jacket, which is one of the most popular rock bands of the past decade-plus, formed in Louisville, Kentucky in 1998. Often creating off-kilter, at times experimental-sounding music, the band has earned mainstream success with a unique, rich voice. The band’s new album, James says, is inspired by the world around him, at times burning down, at times burning with passion.

In addition to the new song, My Morning Jacket just announced a new U.S. headlining tour, its first in six years. Dates, along with the band’s new album’s track listing, are below:

Never In The Real World

The Devil’s In The Details

Lucky To Be Alive

Penny For Your Thoughts

I Never Could Get Enough 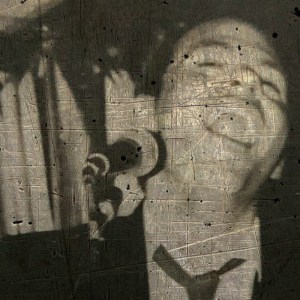