Coaches John Legend and Blake Shelton followed, making Myles the first contestant of the season to get a four-chair turn. Soon after, there were only three judges fighting over getting the 35-year-old Nashville singer to join their team after Cabello blocked Stefani.

“Do you see this?” said Stefani. “I turned around, she looked straight into my soul. She was like, ‘There’s Gwen Stefani, I want to be on her team.’ In her heart she did. I felt it. I looked and then I was blocked.”

Legend told Myles that most people don’t choose to perform the Cohen classic since it’s intimidating. “It takes some cojones to come here and sing it with such confidence that we got to see your range and hear those piercing, beautiful notes,” said Legend. “It was exquisite—one of the best blind auditions I have seen in a long time.”

The coach then asked Myles what she was doing in Nashville. “I’ve been touring,” responded Myles. “I’m a demo singer for a lot of people, I even opened some festivals for Blake. It’s been a long journey. It hasn’t been easy.”

As one of the first coaches to turn her chair, Cabello added, “You have such a gorgeous tone. I want to hear a record from you. You kind of have a Rihanna-esque way, going like this, singing with your hands. I was, ‘Yes, that’s what I’m looking for. She’s singing with her soul.’ Making people feel is the highest hope of an artist. I’m freakin’ nervous because I want you so bad. What kind of music do you want to make?”

Myles responded, “I’m on the edge of country, but I’ve always been extremely soulful, and I love pop melodies, but I love storytelling. I hope we can find that right lane.”

Cabello pleaded with the singer. “I know you’re the least likely to pick me with Blake, country, and John, soul, but I do love pop melodies and I am a storyteller, too,” added Cabello. “I feel like you know who you are as an artist and if you pick me as your coach, I will be excited to help you on that journey.”

When it came to Shelton to chat, he said he wanted to have a “heart-to-heart” talk with the singer and hit a button on his chair which dimmed the lights and put a spotlight on him.

Are you going to sing Barry White to her?” asked Legend. “What is about to happen?”

Shelton continued, “When I moved to Nashville, I was 17 years old and I started singing demos for songwriters, and that was where I made all my beer money. So, when I hear you talking about that and then when I hear you talk about playing the crappy noon spots on festivals, I did all that stuff by the way.”

He added, “Your gift is that you can really make people believe what you’re singing about, and you just need somebody to help you along that journey,” Blake continued. “I would be honored to be that coach for you, Morgan.”

Cabello interjected, “Can I just say one last thing? I want what’s best for you. If what you want is Blake’s support and help to be a country artist, absolutely. If what you want is to create your own lane, you’re not a country artist, you’re not a pop artist, you’re just Morgan, then I would be excited to work with you. I just wanted to say that.”

An artist in Nashville for 16 years, Myles played 117 dates in nearly 50 states in 2021 and recently released her debut album Therapy in 2020.

In the end, Myles decided to join Team Cabello.

“There were days I was just about to lose it but I’ve been very blessed because my parents have been my rock in a really, really hard industry,” said Myles. “So many ‘Voice’ artists have made it. I hope I can use this platform to be a successful artist as well. I think the whole experience is going to be fun.” 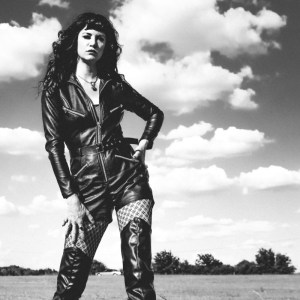 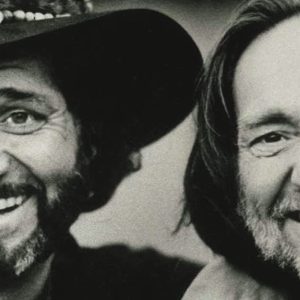