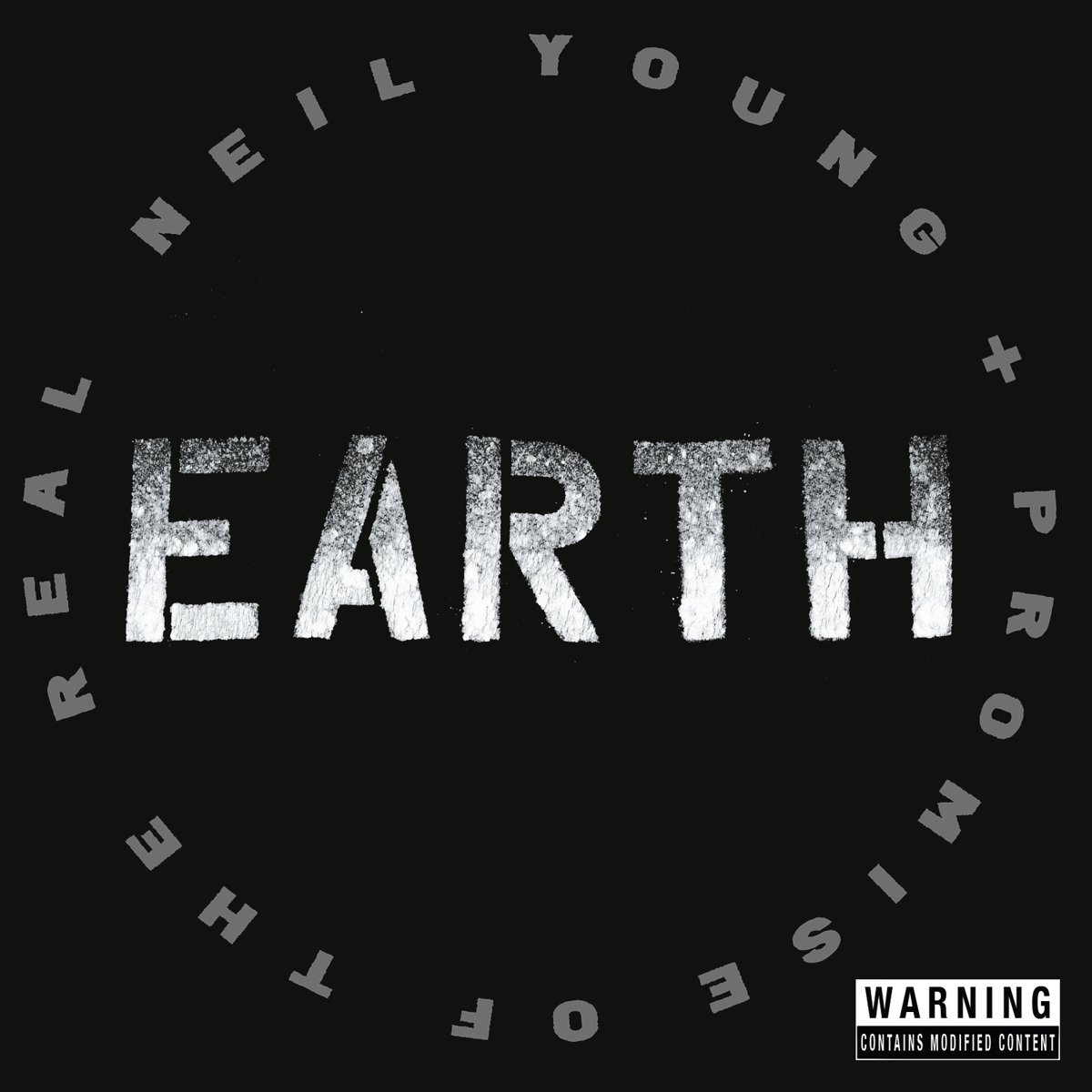 If there’s been one constant throughout Neil Young’s career, it’s his love for flouting convention and doing whatever the hell he pleases. Whether it makes sense to anyone else is beside the point; a true art purist follows the muse wherever it leads.

On his latest journey, Earth, it led to 13 tracks recorded live, both solo and with Young’s current band, Promise of the Real, fronted by Willie Nelson’s sons Lukas and Micah. Only one, “Seed Justice,” is new; the rest are culled from Ragged Glory, The Monsanto Years and other parts of Young’s vast catalog. But they’re not just live versions of classics and rarities; Young added sweet-voiced chorales, Trans-era vocoder, animal sounds, urban noise and other effects to emphasize his ultimate message: Man, we’ve really fucked up this world, but it might not be too late — if we kill the corporations and regain our lost respect for this planet and its inhabitants. Including fellow humans.

This double disc (not available as MP3s, of course) combines classic acoustic Young with the electric stampede of Crazy Horse, but tweaked into an altered state. Sometimes it soars beyond imagining; who would have guessed that an angelic children’s choir and gentler piano could make “After the Gold Rush” even more beautiful? Young’s wavery, yet beguiling vocals, accompanied mainly by his acoustic strumming and harmonica, give similar beauty to two more vintage tracks: “Human Highway” and “Western Hero.”

The elegiac, hymn-like opener, “Mother Earth,” featuring that ancient pump organ and lonesome harmonica, is rather soothing — until the busy bee sound at the end. It might be just an effect Young chose because, as he says, audience sounds often remind him of nature sounds. Or it could be a commentary about dying bee colonies. Or both. As usual, Young expects us to figure it out, though he might send us signals with subtle grace one minute, then hit us over the head with verbiage the next.

The full-band electric tracks have many intriguing elements, including a vibe that captures the wonder of Crazy Horse while infusing that chunka-chunka sound with skittery guitar riffs and other young-blood input. But the new-era tunes tend to be marred by seriously clunky lyrics. The points he makes in “Seed Justice” and The Monsanto Years’ title tune, “Big Box” and “People Want to Hear About Love,” as admirable as they are, don’t exactly lend themselves to singing along — or singing at all (maybe they should get the talkin’ blues treatment — or Hamilton-style raps).

Young has been trying to sound environmental alarms and enlighten us since long before he co-founded Farm Aid with Willie and John Mellencamp. (It’s safe to assume witnessing Young performing at that annual event — which, at 35 years, is older than they are — helped groom Lukas and Micah for their current gig.)

But amid the mate-seeking frogs, chirping crickets and cawing crows, the album contains another message, one he drives home in the closing song, “Love & Only Love.” In contrast to the dripping sarcasm that infuses his newer lyrics (or the Crosby-inspired cynicism of “Hippie Dream”), This Ragged Glory pick tries to leave us with hope. When Young sings “Love and only love/Will endure,” you want to tell him, “Bless your heart. Thanks for trying. If only the world would listen.” 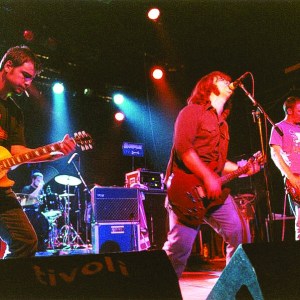 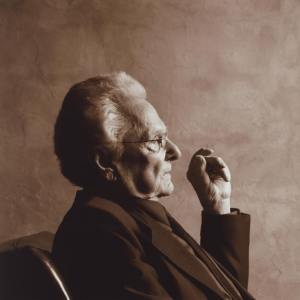