In the early 2000s, actress Evan Rachel Wood began to date shock rocker Marilyn Manson (born Brian Warner). And in 2016, Wood began to talk publicly about the abuse she allegedly incurred as part of that relationship.

That history is now part of a new two-part documentary, Phoenix Rising, which is directed by Amy Berg and set to drop March 15 and 16 on HBO.

The film, which talks about Wood’s parents’ difficult marriage and her own trip to Los Angeles to start her career, features interviews with Wood and her family discussing the extent of the relationship with Manson, which began when, as Wood says, she was feeling lost. This, Wood alleges, Manson preyed upon from “grooming” to isolation.

Ahead of the film, Manson has sued Wood for defamation of character. His attorney, Howard King, told Deadline, “It’s incredibly important to differentiate between the character of Marilyn Manson and the man Brian Warner. Wood’s claims may resonate because of the intentionally ‘shocking’ character of ‘Marilyn Manson’ but they simply do not reflect the truth.”

In a statement to Consequence, King offered this, “As we detailed in our lawsuit, nothing that Evan Rachel Wood, Illma Gore or their hand-picked co-conspirators have said on this matter can be trusted. This is just more of the same. But, then again, what else would you expect from a group who have spread falsehood after falsehood about Brian and even went as far as to forge an FBI letter to further their phony claims?”

See the full trailer for Phoenix Rising below. 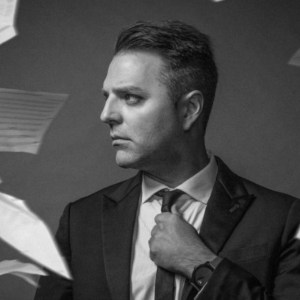