***
As morning-after scenes go, the one depicted in “Rest Of My Life,” the opening track of the new Nickel Creek album, is pretty tame. Our protagonist has awakened to a trail of empty Solo cups, a splitting headache and a heightened sensitivity to sunlight. Sounds like your run-of-the-mill hangover. But there’s one truly noteworthy thing about the song’s intimate knowledge of revelry and its after-effects: the source. Could you picture anything like this coming from the endearingly innocent, fresh-faced Nickel Creek who were toasted as the next big bluegrass-pop thing of the new millennium?

“Back in the day? No,” says the trio’s eldest member Sean Watkins, amused by the very suggestion. “Also, we didn’t know anything about the morning-after feeling until well after the second record … It certainly is subject matter that we didn’t used to feel comfortable writing about.”

Watkins clarifies that he “wasn’t totally hungover, but that feeling was there” when he began tinkering with the tune’s languid, lurching guitar figure not too long after Nickel Creek stopped touring in 2007. Last year, he finally presented the musical idea to his fiddle-playing sister Sara Watkins and their bandmate, mandolinist Chris Thile. It was Thile who supplied the lyrics.

“I told him kind of the scenario,” says Sean. “The words he wrote, I think, are more of just a general story of growing up.”

Boy bands, emo outfits and other practitioners of gone but not forgotten genres get back together all the time, hoping to capitalize on nostalgia’s powerful appeal. But the reactivation of Nickel Creek – who’d never technically broken up – is in a class all its own. Other picking prodigies and young strings bands had come along before them. And other roots acts also received an early-‘aughts boost, thanks to mainstream obsession with the old-timey noir of the O Brother, Where Art Thou soundtrack. What Nickel Creek did, with considerably more spunk than calculation, was beat all the other idealistic alt-acoustic rockers to big-time popularity with a college crowd. They wrote heart-on-their-sleeve originals, covered Pavement, wore skate shoes, played campuses and got love from AAA radio – all on their way to selling more than a million records.

Just to be clear, Thile and the Watkins siblings definitely don’t walk around saying they created the prototype for the arena-filling rapport Mumford & Sons and The Avett Brothers now share with their respective audiences, as justified as they might be in making the claim. “Well, I mean, we’re happy to have been an influence on, you know, whoever, whatever we influenced,” Sean offers noncommittally. “I don’t know for sure what we did. We’re happy to be in the mix, and glad that it seems more popular than ever.”

The members of Nickel Creek don’t seem to sweat their place in a scene that’s only gained in relevance since their breakthrough. As they release A Dotted Line, their first album since 2005, and headline dates for the first time since 2007, they’re focused on figuring out what it looks like for them to bring their 30-something sensibilities to the band of their youth and young adulthood. And considering all this is going down the year of the band’s 25th anniversary, the way they talk about making music together again sounds startlingly casual.

As Sara tells it, “Sean and I were tossing around the idea, and I called Chris, and Chris had been thinking about it on his own. We checked all of our schedules, because the practicality of it is a big deal, making sure that everybody’s individual record cycles are in a place where it wouldn’t take away from our individual projects. It just worked out really well, that this was a time we all had available. And also it was 25 years, which is cool and a nice added bonus to the occasion of getting to tour together.

“As far as the album, we knew that we would work up new songs and probably have enough for an EP. Then when we got together last June in New York at Chris’s apartment, the writing went very well. And at the end of five days, we had eight songs we were really happy with and a lead on a couple more that we could do that would fit. So we decided to make a full record. And that’s how it happened.” 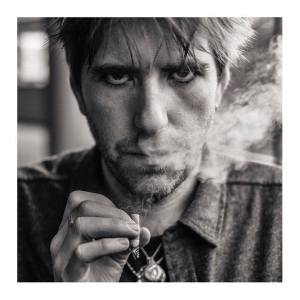 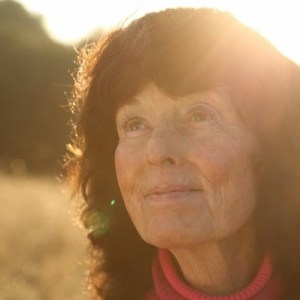