Spencer Elden, the man who was pictured on the cover of Nirvana’s 1991 album Nevermind has refiled his lawsuit against the band, after the initial complaint was dismissed by a California federal judge on Jan. 3.

Judge Fernando M. Olguin initially dismissed the case after lawyers for Elden missed the Dec. 30 deadline to file an opposition motion against the band’s legal request to dismiss the case in December.

Pictured nude in a swimming pool as an infant on the album cover more than 30 years earlier, Elden met the court deadline of Jan. 13, filing papers on Jan. 12 to reinstate the case.

In his amended complaint, Elden dropped the claim that the photograph led to the sex trafficking of him when he was a baby, yet restated claims that the photo caused him “permanent emotional distress,” and that the band, including members Kris Novoselic and Dave Grohl, Kurt Cobain’s estate, photographer Kurt Weddle, and a number of record labels “intentionally commercially marketed the child pornography depicting Spencer and leveraged the lascivious nature of his image to promote the Nevermind album, the band, and Nirvana’s music, while earning, at a minimum, tens of millions of dollars in the aggregate.”

Elden, now 30, initially filed on Aug. 23, 2021, claiming that he has suffered “lifelong damages” from the album cover, and is asking damages of at least $150,000 from each of the defendants.

Robert Fisher, the art director for the Nevermind cover who was dropped as a defendant on Dec. 22, also included a statement featuring an early mock-up of the album cover concept showing another baby swimming. In his statement, Fisher also said that he told the band that genitalia could be removed from the photo.

In their motion to dismiss the lawsuit on Dec. 30, the defendants said Elden’s arguments lacked merit, and stated ”Elden’s claim that the photograph on the Nevermind album cover is ‘child pornography’ is, on its face, not serious,” and noted that “the photograph evokes themes of greed, innocence and the motif of the cherub in Western art.”

Nirvana’s lawyers also stated that Elden had seemed to enjoy the notoriety of being the “Nirvana baby” for nearly three decades.

Throughout the years, Elden has recreated the same photoshoot around the 10th, 15th, 20th, and 25th anniversaries of the album in exchange for a fee, and even has the album title Nevermind tattooed across his chest. Lawyers for the band added that Elden has also appeared on talk shows parodying the cover, wearing a nude-colored onesie, has autographed the album cover for sale on eBay, and used his notoriety to pick up women.

Defendants have until Jan. 27 to reply to Elden’s new complaint. 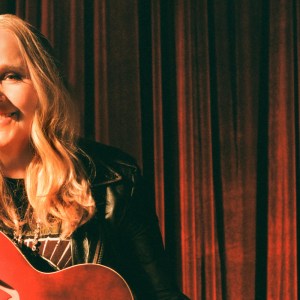 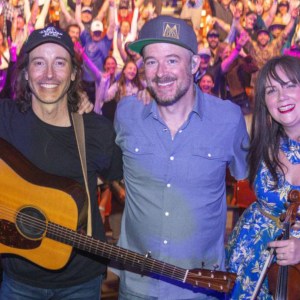