A judge has dismissed the lawsuit brought against Nirvana by Spencer Elden, who was featured on the band’s 1991 album Nevermind.

In the lawsuit, first filed in a California district court on Aug 23, 2021, Elden claimed the 30-year-old album cover, violated federal pornography laws, and exploited him. The photograph on the album cover featured Elden as a baby naked and swimming. Elden claimed in the suit that the image left him with “extreme and permanent emotional distress with physical manifestations.”

Attorneys for the Nirvana estate, representing surviving band members Dave Grohl and Krist Novoselic, and Courtney Love, the widow of late frontman Kurt Cobain, who died in 1994, accused Elden of trying to profit from the image for three decades before filing the suit. Throughout the years, Elden has recreated the same photoshoot around the 15th and 20th anniversaries of the album and even has a tattoo of the album title Nevermind on his chest.

The lawsuit also claimed that the image on the cover was taken and used without Elden’s consent and he never received compensation outside of the $200 his parents were given on the day of the shoot with photographer Kirk Weddle.

Judge Fernando M. Olguin dismissed the case after lawyers for Elden missed the Dec. 30 deadline to file an opposition motion against the band’s legal request to dismiss the case in December. The ruling stated, “Plaintiff is cautioned that failure to timely file a Second Amended Complaint shall result in this action being dismissed without prejudice for failure to prosecute and/or failure to comply with a court order.”

Elden has until Jan. 13 to refile the suit. In the event that Elden misses the January deadline, the suit will be dismissed and considered closed. If Elden does refile, the defendants’ lawyers will have two weeks to reply to the new suit.

Other defendants initially named in Elden’s lawsuit included photographer Kirk Weddle, Nirvana’s original drummer Chad Channing, who was replaced by Grohl before Nevermind, music managers Guy Oseary and Heather Parry, who manage Cobain’s estate, art director Robert Fisher, and a number of record companies—many that are now defunct—who handled the distribution of Nevermind since its 1991 release. 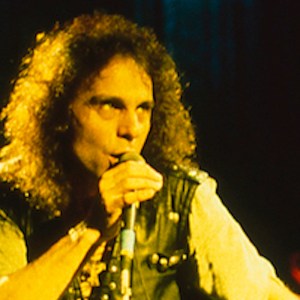