Noel Gallagher was “covered in blood” after a big soccer win over the weekend. But the former Oasis star seems no worse for wear despite it.

Gallagher reportedly received stitches in his face after the father of soccer star Ruben Dias accidentally headbutted Gallagher as the two were celebrating Manchester City’s epic comeback win on Sunday (May 22) which helped to clinch the Premier League title.

Gallagher, who is a Manchester City fan, said he was covered in his own blood after his favorite team fought back from being down 2-0 against their rival to win the title in dramatic fashion.

Said Gallagher to Talk Sport, “As the third goal goes in there is absolute bedlam … in the stadium where we sit, Ruben Dias’ family are in the box, a couple of boxes up.”

He added, “So I’m jumping around like an idiot, passing my 11-year-old son around like the Premier League trophy, everyone is lifting him up. And I turn around and Ruben Dias’ dad runs straight into me, headbutts me. I’m on the floor covered in blood.

“I don’t see the last two minutes. I’ve got to get taken down by the St. John Ambulance and had to get stitched up. I’ve got stitches in my top lip, I’ve got two black eyes.”

Dias’ father was reportedly unscathed in the incident.

Explained Gallagher, “He’s a big bear of a man, he almost knocked my teeth out. As I’m going down the corridor, Pep’s running up crying, and we kind of hug each other and he says, ‘What’s up with your face?’

“I look like I’ve had my head smashed in. It’s unbelievable. A lot of City fans are asking, ‘You all right? What’s happened?’ And I said, ‘You’ll never guess.'”

In other Gallagher news, the singer will be setting off on tour this summer with his band, Noel Gallagher’s High Flying Birds.

The singer recently tweeted about it, sharing, “The countdown’s on… Noel Gallagher’s High Flying Birds’ UK & IRE tour kicks off in just 6 weeks! Check out dates and tickets. https://nghfb.lnk.to/LiveTw #NGHFBTour“ 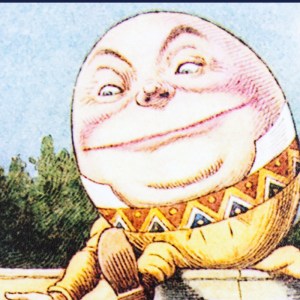