Where did you get the idea for this song, and when did you write it?

I believe I wrote this song a couple of years back. Like most of my work, and I suspect like a lot of writers, it draws on what I see around me and what is swimming around in my head. When you see a couple part company and go their separate ways, even if it is for the best, you sometimes cannot help but think that no one is totally immune. Those are doubts I am sure many of us feel on occasion. So that was the starting point and then, unintentionally, it became a kind of sideways glance at mortality.

Are all your songs so dark?

No. I try to play around with different themes and composition styles. I have written quite a few love songs for my wife Suzanne. A couple actually were honorable mentions in past American Songwritercontests. I also like the sort of tongue in cheek pieces, with a country or blues feel. I think “Tomorrow Is Just A Promise” does touch on that old clichéthat essentially says: Time is short, make the most it; which I guess is a little less dark. But, now I just sound like I am trying to defend myself —ha!

Did you flesh out a melody for this and did you record it?

This song has not been recorded, but I have tinkered with a melody. I am pretty new to the music side of songwriting, especially when you compare it to how long I have been writing lyrics. So, in the end, I have trouble creating melodies I have confidence in. Maybe if I knew a few more chords.

Are you a performer as well?

Not unless you count campfire performances. As I said I am playing catch-up with my guitar playing, but I am working on it. And, my wife bought me a mandolin. So lessons and practice are next.

These days I stick almost solely to lyric writing. Though in the past I have published some poetry and a number of personal essays. And I also spent several years writing a book and music reviews for a couple of local papers.

Do you have a line or couplet from the song that you’re especially proud of?

Hmm … Maybe “Even if you walk with Jesus, the devil’s never far behind.”I like lyrics with a blues feel.

What are your goals for your songwriting?

My goal is to get better. And to keep looking for like-minded people to collaborate with. Expand my horizons.

What is one thing you’ve learned about songwriting that you wish you’d known when you got started?

I am sure there are many things. But one thing I would say I have learned is the ability to continuously edit my work, and try to be as succinct as possible. For a time, I never liked to change a song once I felt it was finished. Now, I never feel like it is done. I am always trying to make them better. Switching up verses. Adding. Subtracting. Letting songs cannibalize one another. Whatever it takes to be happier with the result.

Well, I guess my list would contain all the usual suspects. Those I have grown to admire and those I listened to when I first tried my hand at writing —Bob Dylan, of course, Tom Waits, Nick Lowe, Lucinda Williams, Warren Zevon, Joni Mitchell, Gordon Light-foot, John Hiatt, Townes Van Zandt, Rodney Crowell, Willie Nelson, Hank Williams, Ray Davies, Van Morrison, Bob Seger, Roger Waters & David Gilmour, and cast of others. And, then there are the blues artists —Son House, Big Bill Broonzy, Willie Johnston and, and, of course, Robert Johnson, just to name a few. They had no template real-ly. They were hammering one out for the future. And their lyrics could be pretty sublime. What writer today would not like to come up with the Robert Johnson line: “When the train it left the station with two lights on behind. Well, the blue light was my blues and the red light was my mind.” 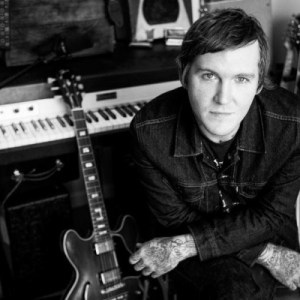 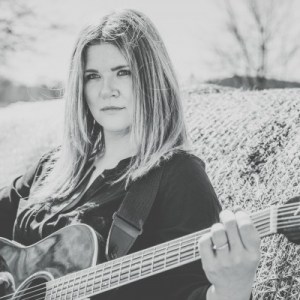