On this day in 1964, The Rolling Stones made their debut on the beloved family television program, The Ed Sullivan Show. These British invaders were welcomed to the variety hour with open arms, just as The Beatles had been a few months earlier.

However, these weren’t those nice boys from Liverpool. These lanky, mop-top Brits had moves and attitudes. Their presence could make any teen’s knees weak and even incite a riot.

The show on the night of Oct. 25 went on like any other, seeing eclectic performances from special guests like the husband-wife comedy duo, (Jerry) Stiller and (Ann) Meara, and Israeli violin prodigy, Itzhak Perlman, according to edsullivan.com. Then halfway through the show, as host Ed Sullivan introduced the band, an uproar of shrill screams began to siren from the live audience.

The young Stones kicked off their performance of the Chuck Berry classic “Around And Around,” struggling to be heard over the commotion. The curtains closed on their first song of the night, but the audience’s bellowing refused to subside.

Once, the Kim Sisters and the acrobatic Berosini family took the stage, it was time for the boys’ second and final song. “Time Is On My Side” was barely audible, but frontman Mick Jagger played into his power over the shrieking audience members, engaging the crowd with knowing looks and wriggling moves.

Those at the Ed Sullivan Show recall, “At the end of the performance, Ed made the mistake of encouraging the audience, saying, ‘Come on, let them hear it!’ The young crowd accepted the host’s challenge and ended up screaming so loud that Ed’s short conversation with Mick Jagger was completely inaudible.”

That evening brought national attention to the band – both good and bad. After having been met with such a defiant crowd drawn in by the Stones, Sullivan was infamously quoted as saying, “I promise you they’ll never be back on our show again.”

Audiences everywhere wrote into the program, detailing their disdain for the young rockers and condemning the band as a whole. One Western Union telegram read, “Should be ashamed of yourself putting on such trash as The Rolling Stones,” and was signed “Disappointed Viewer.”

However, it was that show that helped generate over a million dollars in ticket sales for The Rolling Stones’ fall tour that year, and that night was probably the catalyst in creating the band we know today. The Rolling Stones went on to make five more appearances on the Ed Sullivan Show between 1965 and 1969.

Watch their performances from that night in the video, below, and get just a sample of the raucous audience. 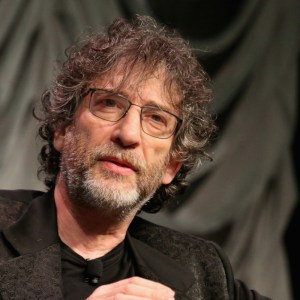