Abigail Dowd is a self-proclaimed “song catcher” and for good reason. Her most recent single entitled “One Moment at a Time,” fell into her creative mind while she was at a stoplight. “[I]t was like a download,” Dowd told American Songwriter. “I jotted the entire song down before the light turned green. That evening I slipped the words into a guitar riff I’d been playing with for weeks and there it was.”

“One Moment at a Time” was released February 26 as a reminder that resilience doesn’t have to happen all at once; taking each day as it comes is admirable. The track emerged during a time when Dowd was struggling to come to terms with this message. “At the time, I was living with my in-laws because our house had flooded and was uninhabitable for me because of mold,” Dowd explained.

“My husband, Jason, was still living back at our place with our dog and cat, trying to renovate it so I could move back in. The mold had wreaked havoc on my immune system and I couldn’t go in the house. So, there I was, during our first year of marriage, living in his childhood bedroom with my new in-laws. I was having to take it one day at a time so as not to panic about the future of our house, our marriage, my health, my music career— it was so painful to sing that I didn’t know if I could keep going,” Dowd said.

Despite the unpleasant conditions that inspired “One Moment at a Time,” Dowd overcomes the pain of yesterday and tomorrow to focus on the present. Specifically, Dowd’s eager vocals are accompanied by toe-tapping instrumentals that create a package of sonic warmth. It’s a friendly reminder that life’s blessings are happening in the here and now. “This song sounds alive to me, full of life and energy,” Dowd said.

“It was recorded live (at the Fidelitorium) with everyone performing the song together for the first time,” she continued. “Producer/engineer Jason Richmond captured the spark, the freshness of us locking in together, in the moment. I really dig that about this song, and the album as a whole.”

Dowd’s third full album, Beautiful Day, features “One Moment at a Time” and eleven other tracks. The album has yet to be released, but “One Moment” sets the tone of a refined and spiritual record.

“Between the flooding of our house and the birth of this album, there was a lot of magic,” Dowd said. “The songs feel bigger than just me. I birthed them, and now I feel a responsibility to raise ‘em up and give them a chance to make it in the world on their own.”

Listen to Abigail Dowd’s “One Moment at a Time” below. 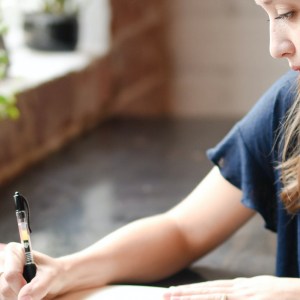 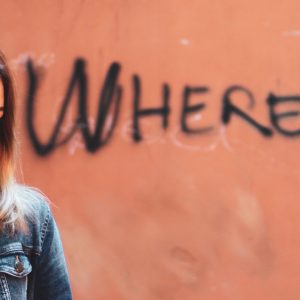