Many songwriters set out to write with a specific goal in mind, be it writing for a national act, for a certain genre, or trying to write a hit for themselves as an artist. Then there are writers like Bill DiLuigi, who writes day after day and takes advantage of the opportunities as they present themselves. For DiLuigi, the philosophy of making it about writing first and money second has paid off.

The 2011 grand prize winner of American Songwriter’s lyric contest, DiLuigi is a longtime Nashville fixture and pure songwriter who does what he does for the love of the craft, and not just for the pot of gold at the end of the rainbow. DiLuigi has had over 300 recorded cuts in his career. Most of them haven’t climbed the charts, but he has had songs recorded by alt-rock act Blessid Union of Souls (“One Way Highway”), the number one country Gospel hit “Grateful” by Chris Golden (Oak Ridge Boys), and the upcoming single by ‘80s country singer Johnny Lee, “Father’s Daughter,” written with Lee’s daughter, artist Cherish Lee. DiLuigi, along with Melissa Bollea and The Voice contestant Mary Sarah, also co-wrote the theme for Boot Barn’s national radio campaign, “Dress Up This Town.” And his songs have seen extensive usage on numerous shows on network and cable television.

“I’ve had a lot of cuts in Australia. I was taking writing trips there,” he said. “I don’t remember who referred me to write with Christie Lamb, it may have been [Nashville marketing firm] AristoMedia because Aristo used to do a big international thing with the CMA Festival. There’s only, like, two labels in Australia and Christie was on ABC/Universal, so I started getting referrals from ABC/Universal to write. So my Australian cuts have been co-writes. Aaron Pritchett was a pitch, I wrote that with Heidi Raye over at Harlan Howard Music. She’s Canadian and she sent it over to Aaron, and that got a Juno nomination for Country Record of the Year.”

So when writers get cuts worldwide, how do they keep up with the money due them? “It’s complicated,” DiLuigi said. “What you end up having to do is hire an admin person to keep on them. I’m not big enough where I have a sub-publisher in every country. I tried to keep track of it as best I could in the beginning, but for the mechanical part of it, the mechanical licenses and all that, you have to hire an admin person. The other stuff flows through pretty good, the performance and television [money]. But you need to hire an admin person who then works with someone like [rights management companies] BMG or Bug Music. I give the admin person a percentage, and the [rights management company] takes a percentage to get on their collection side.”

DiLuigi has written for various publishers over the years as well as independently, and is currently writing for Nashville’s LuckySky Music. “It’s various and sundry,” he said of how his songs get placed. “I’d say 70% of my placements have been songs I’ve written with the artist, whether it’s been with someone a publisher set me up to write with. The television placements have come from a pitch, whether it’s my pitch or a publisher’s second-hand pitch.” He’s had success with songs that were placed in the CW drama Hart of Dixie and the Showtime comedy White Famous, among many others.

Even though DiLuigi currently has a publishing deal, he’s been back and forth with having and not having one over the years. “Self-publishing is fine. You have to have some money in the bank, but the flip side is that your assets are doubled, your profit is doubled because you’re building into something that’s going to pay off because you keep everything. However, if you like to have a banker, you like stability a little better and you want to get a draw against your publishing, that’s good too. It’s all in how you look at it.”

Those who succeed in the music industry generally find that building relationships with others in various aspects of the business is important. “I was taught by my mentors that if you’re not in a group that’s making something happen, make your own group of people,” DiLuigi said. “Because most people don’t come to town and get signed to a top publisher or to a record deal right away. Make your own way. I’ve always had that work ethic.”

In addition to writing, DiLuigi is a performing artist himself, who was part of the Philadelphia music scene before moving to Music City. He’s played numerous times at Nashville’s Bluebird Café, as well as everywhere from the Bitter End in NYC to the Tamworth Festival in Australia. “With all of it together,” he said, “I’ve managed to make a decent living.”

DiLuigi’s original album Pennsylvania Avenue can be found at the usual places online. 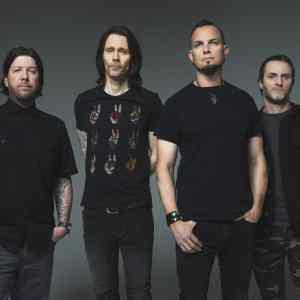 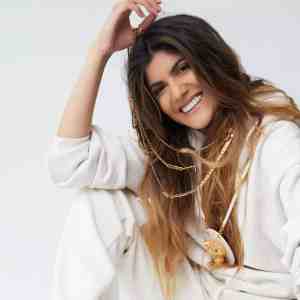