Even from the beginning, says the classic rapper, Pharoahe Monch, he was inundated with music. For the emcee, who has worked with Eminem, Mos Def, Nate Dogg and many other world-renowned artists, songs of all kinds were everywhere in his house. His older brother listened to Led Zeppelin and Black Sabbath. His other brother listened to funk. His sister listened to the Jacksons. His mom listened to gospel and his father listened to Tony Bennett and Frank Sinatra. Sonic diversity, therefore, is nothing new to the accomplished musician. And that same eclectic sense is displayed artfully on the forthcoming LP, A Magnificent Day For An Exorcism, from Pharoahe Monch’s new all-star group, th1rt3en, which is set for release January 22nd.

“I enjoyed it all,” Pharoahe says. “I even used to sing some of those types of songs as a kid for the adults. I’d come down stairs and sing Frank Sinatra. I’d sing, ‘New York, New York.’ So, I was hip to it all at a very early age.”

The group’s new LP is, as many might expect, an amalgamation of socially conscious lyrics, death-defying guitar swells, big percussion hits and a melding of rock and rap. But not in the tired Limp Bizkit-style where a significant sense of history or lineages are forgotten for short-term success. Instead, the music is made from longtime acclaimed artists, which includes Pharoahe, as well as Jack White drummer, Daru Jones, and electric guitar player, Marcus Machado.

“Both of these cats are really infamous in the music world,” Pharoahe says. “I reached out to them very early on and they’re very sought after and extremely busy. But I said, ‘I need you guys for this. I want it to be a band. I want it to be the three of us.’ I wanted musicians who could play rock chops and hip-hop chops on drums and guitar.”

While the new LP is rich with skill, it’s not necessarily some bright gleaming pop work. Rather, the album has intentional darkness to it. Depth, as well. The light is in the wisdom of the lyrics and the playing, not in any sense of reassuring melodies. It’s as if the album says that there is relief in the hard work or renewal, in listening, in striving for something better than what we’ve made to this point.

“If we’re looking to atone or to evolve spiritually,” Pharoahe says, “I think we do need to cleanse personally, physically, spiritually, socially and politically. The joints are about exorcising a lot of the wrong doings and bad energy that has been placed out there in this very moment, as well as historically.”

In an era when much of hip-hop is mumbled or slurred or seemingly uninterested, Pharoahe is most assuredly invested. On the LP, he seems to live and die with each syllable. On the album’s debut single, “Fight, which features Cypress Hill, for example, there is as much passion and energy as can fit on the four minutes and forty-six seconds. Pharoahe had completed the basics for the track a while back, but knew it needed more. So, he called the bombastic historic group.

“As I stepped away from the song like a painting,” Pharoahe says, “to look at it from afar—which is why it always takes me so long to finish a record—I knew it needed more colors. The twang and the pitch that B-Real and Sen Dog added put the colors on the song. Forget the content, if you didn’t speak the English language, you could listen to the record and feel the rebellion happening there.”

More than just about anyone, Pharoahe knows what he’s talking about when it comes to hip-hop and music, in general. He’s been studying it for decades, ever since he landed a spot in a prestigious Manhattan High School of Art and Design. Pharoahe, who grew up in Jamaica, Queens, said he contracted asthma at one year old. As he got a little older, he knew he wouldn’t take a job that most kids wanted—policeman or fireman. So, he began plotting a new path for himself. To get to the prestigious school, Pharoahe would commute every day to the program but it was there where he learned the important fundamentals.

“I learned how all the things could get across an idea or a way of expression,” Pharoahe says. “By the time I got to say to a friend of mine who had turntables, ‘Let’s try and make something,’ it was about adding on to something, culturally more so than it was about trying to get a deal and make lots of money.”

As he progressed throughout his burgeoning career, Pharoahe learned how to rap very quickly and use wordplay and internal rhyme as well as anyone. He would gather with likeminded friends—some of whom would go on to have successful careers, themselves—as if in a writer’s room or workshop and hone the craft. He was part of the rap duo, Organized Konfusion, and later signed to Rawkus Records. Today, he enjoys that same sense of camaraderie with many other famed emcees, including Talib Kweli and Public Enemy’s Chuck D. Community can be key for any artist. But having a sense of freedom and safety is important, as is a strong sense of compassion for others.

“I can’t understand a human with no empathy and no sympathy,” he says.

As Pharoahe continues to refine his music and put more out into the world, both as a solo artist and with his new band, there is a sense of hope baked into all that he does. Some may think that given his lyrics or often-dire subject matter, Pharoahe is angry or pissed off all the time. But that’s not the case. He enjoys levity and expresses it in conversation. He’s curious, passionate and interested. He’s musical through-and-through. And it’s largely because he started off surrounded by songs as a young, impressionable kid from Queens in the ’70s.

“Music is universal,” Pharoahe says. “I’ve been all over the globe and people who don’t speak the language can feel the vibe. It’s healing – it’s my everything.” 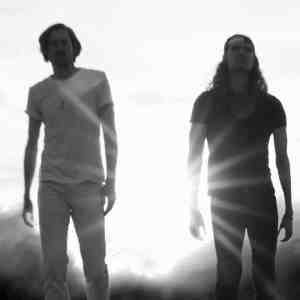 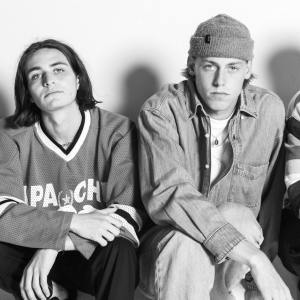