You know it’s serendipity when four guys from various parts of the country have to go to Australia to cross paths. Needless to say, that’s exactly what had to happen for 19&YOU to become a band.

Initially when Cameron Graves (vocals), Jackson Leitch (guitar), and Liam Wallis (drums) made their way to the land down under in 2019, it wasn’t music they were chasing. All there to study abroad, the three were roommates living together in Sydney. When Noah Taylor, who the band lists as executive producer, boarded his plane to Australia from Boulder, Colorado, it wasn’t music or studies he was pursuing. Instead, he was flying halfway around the world to pursue a relationship with a girl. When things didn’t pan out with his lady friend the way he had hoped, he reached out to his friend Leitch to see if he could crash with him.

That’s the thing about fate, it has a funny way of bringing people together. Not more than a week after Taylor moved in, the band was born. As their time in Sydney came to an end, the guys felt too strongly about what they had together and decided to keep the band intact when they returned to the States. As you might imagine, starting a band in the midst of a pandemic isn’t the easiest thing to do, but in a strange way, the pandemic played to their advantage.

“We decided to move to Los Angeles shortly after we formed 19&YOU,” the band tells American Songwriter. “It’s been great living together during a time of COVID because we’re constantly writing and producing more music that we are excited to release eventually.”

Don’t look now but eventually is finally here. While the guys began recording some songs at Everland Studios in Sydney, they had to set up a studio when they moved to LA to continue the process. With Noah producing the tracks from his apartment, they recorded and finalized the tracks virtually all from home. The end result? They unchained their debut single “Runnin’” back in October and now, they’re ready to tear the lid off the 2021 with a new single entitled “Bored!”

“This was a song that we really didn’t have an end goal in mind when we started. There wasn’t any reference or inspiration for it other than knowing we wanted a track that had a consistent guitar line throughout,” they continued. “Once we found that, the rest of the song fell into place pretty organically. We really enjoyed creating the dynamic journey the song presents; soft sweet melodies in the verse to in-your-face gritty chorus and we hope our fans will also enjoying that transition and rock out to it.”

While there may not have been any direct inspiration for the song, the guys each went through a breakup in the same month. Call it fate, call it kismet, call it the universe stepping in, those breakups provided a common thread.

“We want people to be able to relate with the situations we write about. It was one of those songs that started from a space of vulnerability and turned into just us having fun. To a certain extent the song is a satire, it’s so over the top sassy, and none of us are that way in real life,” the band adds. “But the hyperbole of it all is what makes it so engaging and we hope people listen to the song at a time where they feel sassy.”

Drawing heavily on their influences like The 1975, Boy in Space, Troye Sivan, Jeremy Zucker and Lauv, 19&YOU bring forth a young sound both uniquely different yet not unlike their influential peers. While their sound is more straight ahead, along the lines of The 1975, their production rings closer to that of Troye Sivan.

“They are all amazing acts within their own space, and we take inspiration from the production and melodies they create,” the band concludes. “We would definitely love to collaborate with them one day.” 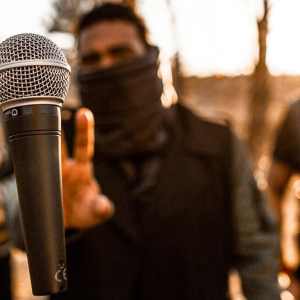 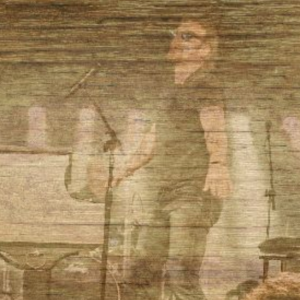