Calling all progressive rock fans: Pink Floyd is releasing two physical copies of their new music for the first time in 25 years. In particular, the band’s single “Hey Hey Rise Up,” which was released in April to support Ukraine, will be available on vinyl and CD.

Currently available digitally, Pink Floyd will distribute the single on a 45 vinyl and CD on October 21 in the U.S. Both formats will feature a surprise from the band.

Along with “Hey Hey Rise Up,” the formats will also have a re-worked version of “A Great Day For Freedom” from the 1994 album The Division Bell. Pink Floyd guitarist David Gilmour reinvented the original song for the project.

Pink Floyd originally released “A Great Day For Freedom” in 1994 to mark the fall of the Berlin Wall. Though it may appear like a triumphant occasion, Gilmour describes the disappointment that followed his high hopes for the occasion.

“There was a wonderful moment of optimism when the Wall came down—the release of Eastern Europe from the non-democratic side of the socialist system,” Gilmour stated in an interview with Guitar World. “But what they have now doesn’t seem to be much better. Again, I’m fairly pessimistic about it all. I sort of wish and live in hope, but I tend to think that history moves at a much slower pace than we think it does.”

As the world hasn’t seen something like the crisis in Ukraine since the Cold War, you can see Gilmour’s pattern of thinking for putting “A Great Day For Freedom” in combination with “Hey Hey Rise Up” in the same format. All the proceeds of both the physical copies and the digital sales will go to humanitarian relief for Ukraine.

The song was recorded in Gilmour’s barn and features vocals from Andriy Khlyvnyuk, who sings for the Ukrainian band Boombox. Gilmour discovered Khylvnyuk through a video of him singing a folk song in full military gear. He realized that he could use the name of his band to provide some help and good to Ukraine.

As for the single’s artwork, “The Sunflower Look” painting is by Yosan Leon, a Cuban artist. Its significance comes personally to Ukraine. The sunflower is their nation’s flower, but there were also reports of a woman giving sunflower seeds to Russian soldiers so that when they die sunflowers will grow in their place. 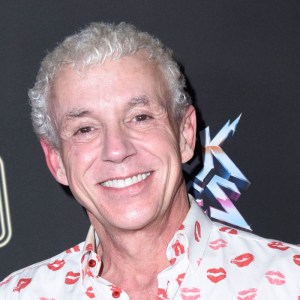 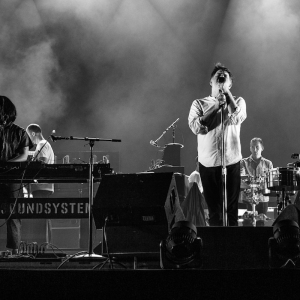