For many, the name Debbie Gibson evokes memories of dance, pop music, youth, sunlit blond hair and fun. Gibson, who burst onto the national scene in 1987 with her debut, platinum-selling LP, Out of the Blue, has been famous ever since she was 17-years-old. If one were to believe the fairytale Gibson seemed to be living, one might also believe then that Gibson led a life of golden faucets and pillows made of clouds. But like everyone else on earth, Gibson has had her down times too—difficult days and insecure moments that may drag on for what feels like eons. Yet, Gibson works on what she can control. Namely where her energy goes and what perspective she keeps. Those are the pillars upon which her upbeat new single, “One Step Closer,” is built. The track, out today (July 16), harkens both to Gibson’s glory days and portends new ones.

“At my age, because I’m not married,” Gibson, 50, says. “I almost live this teenage love life existence at times, with texting and guys trying to come into my energy space. I was dealing with a situation where somebody put out all these emotions to me and then basically said, ‘Oh, you’re crazy, I didn’t mean it like that!’ It was this bait-and-switch feeling. I think a lot of women have experienced a guy saying, ‘You’re crazy.’”

This moment, perhaps more than any other, inspired Gibson’s performance on the new single, especially as she sings on the bright track, You lit me up when, baby, you called me crazy. But that note is followed up by the refrain that Gibson is, nevertheless, “One step closer to love,” both because she’s shed dead weight and in doing so, she’s gotten closer to who she is and what she truly wants. Yet, while some may roll their eyes at the traditionally attractive artist singing about love’s woes, that, of course, would be facile and shortsighted. Gibson, like any other, feels insecurities when others lessen her.

“It doesn’t have to be romantic,” Gibson says, resilient. “When someone tries to diminish you—it’s amazing what you can discover within your own power when you’re in that.”

When taking in the supernova that is Gibson, it’s easy to see the decades of work, the standout performances in song and on Broadway and other stages where she acted prominently in shows like Cabaret and Grease. She’s an entrepreneur, a ball of energy as much as anything else. This, perhaps, is the chosen mode because so much can come and go in one’s life that propulsion forward and hard work are thus the only things we can keep to. To that end, Gibson is set to release her newest LP, The Body Remembers, on August 20.

“I wrote and demoed about 100 songs between the ages of 12 and 16,” Gibson says. “[The hit single] ‘Only In My Dreams’ came when I was 13. That was the first time I said out loud, ‘I want to write a hit pop song right now.’” She adds, “50 is the new 30. I remember discovering Tina Turner when she was 50, rocking mini skirts. I was so inspired by her and I feel that energy running through me.”

Gibson, who says she would love to tour the world on the back of the new “global” record, also says she is feeling some upward momentum from fans, both new and old, who are finding her music again at a time when the sun is shining and people are ready to get out of their houses and back to socializing.

“The album title,” Gibson says, “is about that connection between nostalgia and paying homage to your former self, but bringing it to who you are now. Music takes us back. I love music’s ability to shift energy.”

While she is widely known as a pop singer, Gibson, who played her first song at four years old and began taking lessons at five, also starred notably as an actor. It was a crucial dualism in her life. For someone so earnestly in the spotlight, Gibson was therefore allowed, so to speak, to lose herself in a group dynamic, playing roles that largely had nothing to do with who she was personally. Yet, to learn these parts and songs she was responsible for remained a test.

“To not sound like Debbie Gibson the pop singer,” she says. “I was up for those challenges. Putting on a costume and a wig for three or six hours a day and then taking it all off and being your regular self, I did find that transformative.”

To be a pop star— to be a household name—offers some great rewards, of course. But it also taxing and life altering. One need not look any further today than Britney Spears and the case of her conservatorship. Watching Spears struggle from a distance, Gibson can relate. In the end, she says, she hopes people leave Spears alone and allow her to live her life with her partner and kids.

“There are people out there,” Gibson says, “who are abusive, who do not contribute to society who are running free. What is wrong with this system? I’ve met Britney before and I’ve always said publicly that I’m here if she needs anything.”

Today, as Gibson looks toward a new album release, potential tour, prestigious gigs with fellow pop stars like New Kids on the Block’s Joey McIntyre, there is much to be thankful for. Yet, there is also much more to say, lots on her mind. Gibson, who is a prolific producer of work, is a talker. She is filled with thoughts, buoyed by a seemingly endless amount of energy with which to express them. It’s all part of her draw, charm and allure. She is a beacon, one many will see brightly again well past August 20. 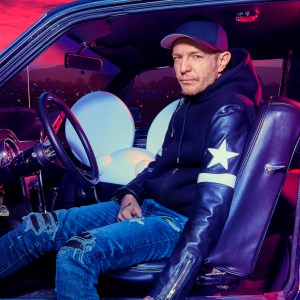 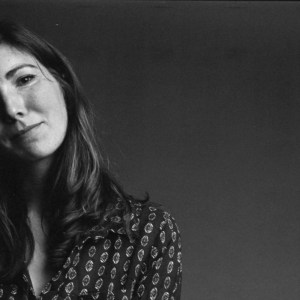