Within the past decade, Quinn Sullivan was dubbed a prodigy. He was mentored by the blues legend Buddy Guy, and released two albums—with a third on the way—all within a 10-year span. Now 21, so much has shifted from the time Sullivan released his second album, 2017’s Midnight Highway to now. Matured and owning his words, specifically the ones he’s now writing, Sullivan returns more as a singer-songwriter than just a prodigy guitarist with “All Around the World.”

Still rooted in guitar, Sullivan has refocused his craft to songwriting throughout the past several years, penning his upcoming release, out later this year, with producer Oliver Leiber (Aretha Franklin, Rod Stewart, Paula Abdul). A striking difference from Sullivan’s previous work, “All Around the World” sets the sonic and narrative tone of the new album.

It started with a guitar riff that quickly progressed into a song of hope and unity, but “All Around the World” is also a coming of age for Sullivan singing “I’m not the man I was yesterday, and something’s different.”

“There was this guitar hook he [Lieber] was playing around with in the studio, and I remember hearing it for the first time and saying, ‘We have to do something with that guitar melody,’ so we ended up writing a song about people coming together as one in a messed up and chaotic world,” says Sullivan. “It’s about a guy who has a dream of a world where there’s only love, which brings us into the chorus of the song and thinking about what was happening in the world at that time.”

First drawn to blues guitar after watching Eric Clapton’s Crossroads, also featuring Guy, a young Sullivan voraciously hit local festivals, playing in public, at schools, and anywhere he could, eventually stepping onto the Crossroads stage himself in his teens. Throughout the years, Sullivan has shared the stage with mentor Guy, Clapton, the Roots, Joe Bonamassa, Los Lobos, and was even invited by the late B.B. King to play his precious “Lucille” guitar.

“I want to stay true to where I come from, and go from there,” says Sullivan. “The artists that inspire me to do that are always hungry for the new. They never repeat themselves. They just grow and become more unique, and that’s what I aim to do as an artist.”

Written prior to 2020, Sullivan says “All Around the World” took on a whole new meaning within the past year’s pandemic and protests. “It still has the same meaning as the day we we wrote it, but it’s taking on more of a broader meaning,” shares Sullivan. “It’s almost like an anthem of what 2020 was, and what 2021 will probably be.”

Going back and forth to LA from MA, Sullivan and Lieber initially found themselves with 14 or 15 tracks and started recording towards the end of 2019 into the spring of 2020. Musically, Sullivan says so much has shifted from the time he was 17, around the release of Midnight Highway, to now.

“It definitely shows my growth from the last album to this one,” shares Sullivan. “I think my voice is more mature now, and I’ve found out who I am more as an artist as I’ve gotten older. Everybody says 16 to 18 is a job, but I don’t think anything is like 18 to 21. So much happens.”

Also reflecting on the last decade, Sullivan says being called a prodigy benefitted him, but as he moves into his 20s, how he approaches music has shifted significantly.

“I’m finding out more about who I am as a writer and what I want to say in my songs and who I am as a person,” says Sullivan. “Now, it’s becoming more about the songs than the guitar playing for me, although guitar will always be the forefront. Everything goes back to the guitar for me, but I just wanted this album to be more song-oriented and show my my evolution as a writer and as an artist.”

When writing, spontaneity spurs Sullivan. “I don’t go into it with like a mathematical problem to solve,” he says. Using a collection of voice memos he’s stored away for months, Sullivan says, eventually fleshed out into the album. “Sometimes something will hit you in a certain way, or you’ll hear a melody and it’ll inspire you to write a lyric, so it comes from all different angles. For me, it’s very spur of the moment.”

For now, Sullivan desperately wants to get back on stage. “I miss playing in front of people and the reaction you get from the crowd,” he says. “You can’t really do that with the virtual shows. I’m trying to get into it, but it’s not the same energy.”

As Sullivan shifts into writing more, guitar will always be the backbone of what he does. “I grew up listening to people like the Beatles and The Allman Brothers Band, Eric Clapton and Carlos Santana and The Grateful Dead,” says Sullivan. “I was around all of that growing up, so I don’t think that could ever fully leave my body.” 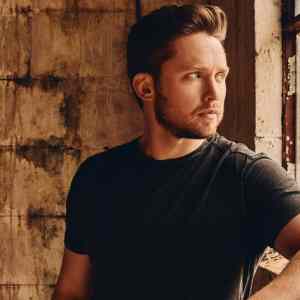 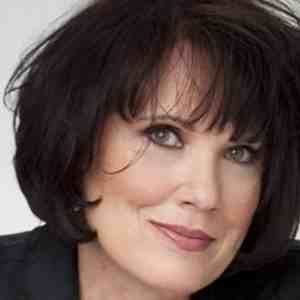