In a city equally renowned and resented for its state of continuous change, New York

musician and visual artist Rachael Sage has remained a constant and comforting presence within the Manhattan independent music circuit for 20 years.

And during these times of COVID-19, she continues to remain in the moment with her fans while in quarantine with her weekly “Stay In With Sage” Facebook Livestreams. Later this month on June 27th, she will also be performing alongside Olivia Newton-John, The Dixie Chicks and Thelma Houston during the Global Pride 2020 online event on June 27th.

Sage has also released deluxe editions of her latest M-Press classic, Character, on both CD and vinyl.

For Sage, stripping these songs down to the bare essence proved to be a source of healing, both in response to this unprecedented springtime in American life and her own wellness as a recent cancer survivor.

“When I wrote these songs, during my recovery from cancer, I had no ideal that a handful of songs correlating personal illness with society’s ills at large would become as resonant as they seem to be, a year later,” she tells American Songwriter. “Some of these tracks – ‘Blue Sky Days’ and ‘Catch The Light’ – are meditations on gratitude for life itself, and for those angels on my medical team as well as loved-ones who helped me, literally, to survive. Other compositions were more conflicted, including ‘Damaged’ and ‘Bravery’s On Fire’, both spurred by emotional turmoil and physical distress I was experiencing, trying to navigate cancer while simultaneously in a challenging relationship.”

Perhaps the most stirring moment on the EP, however, is Sage’s rendition of Neil Young’s “Ohio,” written in the immediacy of the Kent State Massacre and sadly remains as poignant as ever in the wake of the current protests against police violence on American streets.

“My choice to cover ‘Ohio’, likewise, was an attempt to make sense of what I knew was senseless,” Sage explains. “I am an incredibly optimistic person and always want to create beauty out of pain, and to forge communication out of disconnect. These are historical times and like most people I’ve been humbled not only by our collective vulnerability as a human race, but by the ability each of us has to genuinely make a difference and to be a light in the darkness, if we so choose. That choice is what defines character now, perhaps more than ever before.”

Listen to music from the acoustic EP below. 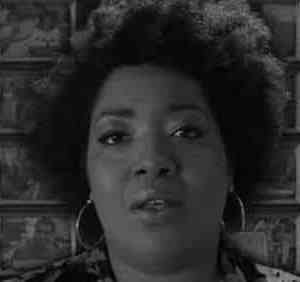 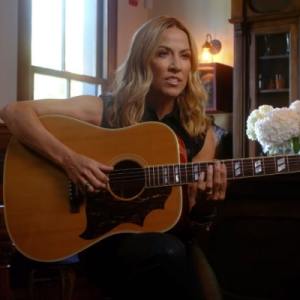