“Where the Bands Are: An Interthon for People to People,” has lined up an impressive list of national and local artists in support of supplying food and necessities to Rockland, NY area families affected by the economic downturn due to Covid-19. The event takes place this Saturday, June 6, beginning at 7PM, broadcasting on the People To People Facebook page.

“Where The Bands Are” has a long list of sponsors, including Active International and Orange and Rockland Utilities and will be streamed to the public with Joe D’Urso, Joe Allen and Patrick Heaphy hosting. Donations from the Interthon will be made online, directly to People to People’s website, or by text as well as additional online locations. LCM247 in Pearl River will once again host the event.

We spoke to Joe D’Urso, the driving musical force behind the event. You’d be hard-pressed to find a more giving musician than the Rockland-raised D’Urso. The always-working singer/songwriter is the modern-day Harry Chapin, committed to social causes and the motto “when in doubt, do something.” In fact, one of D’Urso’s 14 album releases, Cause, incorporates spoken word musings from the late folk legend. D’Urso has personally helped raise millions of dollars over the years performing for various charities over the years, including the Light of Day Foundation (for Parkinson’s, ALS and PSP research), WHY Hunger, Artists Against Hunger & Poverty and the Dan Sullivan Foundation (for college expenses for less fortunate).

How did this idea evolve into a live stream?

I was having lunch with co-producer Joe Allen (Chairman Emeritus for People to People) in March and he was telling me that People to People (Rockland County’s main food bank) was in tough shape and needed a real shot in the arm. I literally just said “let do a telethon” without giving it much deep thought. He loved the idea. Fortunately, Rockland has a deep bed of talent. I’ve organized many events over the years (Rockland-Bergen Music Festival, Light of Day Rockland, Songwriters by the River series, Sloat House Sunday series, Rockland Music Awards) and I was able to reach out to folks who said yes right away.

Originally, we were going to have folks come to the studio and then have two live studios going at the same time and switch back and forth but once Covid19 really set in and we had to social distance, we asked folks to record themselves at home, solo or duo and email me the videos. This upcoming show will be bands and I asked all folks to send in pre-recorded clips with their bands.

What is your financial goal?

Last time my personal goal was $20,000 though I really had no idea if we could even do that! We raised $110,000! The amazing thing about that is that once People to People took those funds to their Food Distribution Wholesale, they were able to purchase five or six times that amount in food! It was really incredible. This time my goal is once again $20,000 as that would allow them to purchase about $100,000 in food and if we supersede that, well great! When we did the first Interthon/Telethon (Rockland Helping Rockland) there really hadn’t been any shows like this done yet but there were a handful in the works that thankfully all came to fruition and have helped so many people nationally as well as in the metro area. We also have sponsors once again ranging from $250 to $1,500 and that really helps as it allows us to know that any production costs can be covered.

How did you hook up some of the major talent (Sheryl Crow, Jack Johnson, etc)?

The third co-producer of this event is Patrick Heaphy from LCM247 which is a longstanding video production company based in Pearl River in Rockland County. Patrick and his staff are incredible as they put together all the artist videos and interviews with local officials and make the show look professional. We do the live broadcast from their studio as well. Patrick and his company have worked on the PBS shows “Front and Center” and “Speakeasy.” Patrick reached out to the reps of Gary Clark Jr., Lovelytheband, Liam Gallagher, Jack Johnson, Sheryl Crow, Beth Hart, James Arthur and they all agreed to be part of it and have a video/song in this Interthon/Telethon. We then have about 20 or so Rockland based artists who tour nationally, regionally and domestically who will round out a great night of music.

Tell us about music and charity and what spurs you to be so active with different causes.

At this point in my life they are two inseparable entities. I like when the show I either produce or perform on has something else attached to it, besides just “buy my T-shirt/buy my CD”. Through my work with Light of Day, WhyHunger, Dan Sullivan Foundation, Rockland-Bergen Music Festival and other events, I have been lucky/fortunate/blessed that I can live and work on a platform that allows me to always have music and charity upfront and present. I am a small cog in a large wheel that was built by Pete Seeger and folks like George Harrison, Harry Chapin, Bruce Springsteen and then handed down through others over the years. I hope some of our young performers keep the ball rolling and the torch burning. In fact, I have no doubt they will as people who tend to make good art, also have open minds and hearts and can see past the horizon to the promise that humanity and life holds. 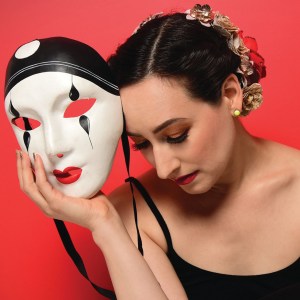