Tragedy struck at Travis Scott’s annual Astroworld concert in Houston, Texas on Friday, November 5. A chaotic surge started within the crowd and eight concert-goers were trampled to death and dozens more were rushed to the hospital with severe injuries. More information about Scott’s statement and the concert background can be found here.

In response to the tragedy, “The Box” rapper Roddy Ricch—who performed before Scott on Friday evening—promises to donate all of his festival earnings to the families of the tragedy. “Please have the families of those who we lost yesterday reach out,” Ricch stated on his Instagram Stories. “I’ll be donating my net compensation to the families of this incident #Pray4Houston.” Families can contact Shawn Holiday, a member of Ricch’s management team, for further details.

The victims of this event were mostly young teenagers and young adults, and the youngest fan reported to be hospitalized was 10 years old.

Other concert-goers are beginning to come forward with their accounts of the event, and their stories are utterly horrific. “Everybody was crying; it was the scariest sound I’ve ever heard,” fan TK Tellez told CNN. “Imagine listening to Travis Scott and people screaming for their lives at the same time.” Multiple reports have confirmed that the crowd surge started with the beginning of Scott’s set.

“It felt like hell on earth,” festival-goer Javier Garza told USA Today. “We were trapped, and there was no way out.”

More artists from the 2021 Astroworld event are sharing their shock. SZA, the R&B artist from Missouri, tweeted her condolences in addition to others like Trey Songz. Like Ricch, SZA had performed before Scott took the stage. Rapper Kid Cudi, who Scott has previously cited as a musical inspiration, was another artist who shared his sympathies with fans.

“Really messed up about the news at Astroworld. My heart goes out to the families who lost a loved one lastnight and everyone who was injured. Sad fuckin day man,” wrote Kid Cudi.

“Speechless about last night I’m actually in shock n don’t even know what to say .. just praying for everyone in Houston especially the families of those that lost their lives,” Tweeted SZA.

“Heart goes out for the lives lost and all those affected by what took place in Houston,” Tweeted Songz. “It’s all so unimaginable and very sad. Prayers up.”

Heart goes out for the lives lost and all those affected by what took place in Houston. It’s all so unimaginable and very sad. 🙏🏾 Prayers up 🙏🏾 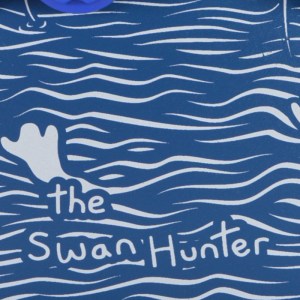