Tove Lo wants you to know that feminity can not be so basically defined. To fully understand its confines, you need a deep search, an introspective turn—a 12-track album full of echoing calls for respect, meditations on sex, monologues about marriage, and warrior anthems that embolden fierce womanhood.

Luckily, she has already created the latter for us with her latest studio effort, Dirt Femme. The album (out Oct. 14), sees the pop maven realize her own strength and let it take her somewhere new while keeping with her characteristic candor and energy.

Sonically, Dirt Femme joins the lengthening list of albums this year that seem tailor-made for a night out. If Beyoncé’s Renaissance is set in a Studio 54-Esque space and Drake’s Honestly, Nevermind is popping off in some beach club on Mykonos, Tove’s Dirt Femme is posted up somewhere chromed-out and futuristic. While many artists are just now adopting a newfound taste for house hits and are subsequently bringing up retro flavors, Tove has long been a proprietor of these parts and is thus light-years away, exploring new frontiers.

The album’s opener, “No One Dies From Love” gets the blood pumping. Upon stepping into the world that Tove has created, you’re greeted by this pulsating, spacious beat that would drive even the timidest of partiers to shed their inhibitions. Soon after, the pace is sustained with “2 Die 4,” a similarly neon-coated anthem that will send you straight back to the bar, wanting to keep the buzz alive.

Next up, Tove—who got married in 2020—takes on domestic bliss from the viewpoint of a former conscientious objector. Tove is no “Stepford Wife.” Instead, she is (as the album’s title suggests) rough around the edges, which doesn’t just magically go away after a ring slides onto her finger. Later she conjures up images of the ’90s cult classic True Romance with a track of the same name, taking things a bit darker and deeply visual.

Tove has never been afraid to share every part of herself in her music. That trend is continued with “Grapefruit,” which touches on a teenage eating disorder with a candor that is seldom seen in other artists. Along that same vein, “I’m To Blame” is a departing somber moment—your cry break in the club bathroom before you dust yourself off again and head back into the sweaty crowd.

Tove isn’t partying alone. She has brought a suite of friends along to join in on the fun. A high point on the album is “Cute and Cruel,” featuring the siren harmonies of First Aid Kit. Elsewhere she joins in on the conversation started by Harry Styles’ “Watermelon Sugar,” unabashedly expressing her love for taking things down south with “Pineapple Slice,” which features SG Lewis on production duties.

Reaching the crest of the night out, “Attention Whore” and “Kick In The Head” are bangers of the highest accord and draw out the last bit of energy before Tove closes things out on a cinematic note with “How Long.”

Though the album meanders through a range of topics, overall, Tove hopes that she inspires an outpouring of honest emotion. “I have my own definition of feminine now,” she shared in a statement about the album. “Honesty will wake emotion, so I love keeping the filters off. When you listen to Dirt Femme, I hope it makes you feel like dancing naked in the street and crying at the same time. That’s how it felt for me to write this. It’s every side of my femininity.”

After experiencing this record, we can confirm that she is successful in her pursuit and then some.

1. No One Dies From Love 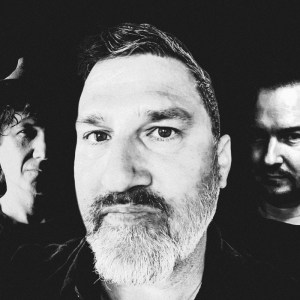 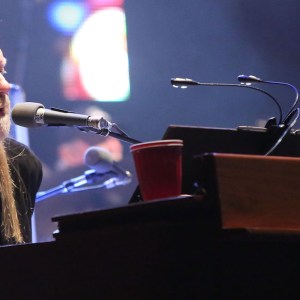