When the pandemic hit, breakthrough artist Riley Clemmons was immediately pulled off the road as the world shut down around her. She recalls a moment sitting on her bedroom floor. She was staring at the keyboard that’s been there since she was in middle school, wondering what’s next.

“I did what I typically do when I need to cope with anything,” she says, “I began to write.”

Clemmons had the word “Godsend” saved in the notes on her iPhone for nearly four years. It wasn’t until her first virtual Zoom session with Colby Wedgeworth and Emily Weisband in April 2020 that she was able to expand upon it. Together with her co-writers, they landed on the line, What if every broken place I’ve been was a Godsend. This became the title track and thesis of her sophomore album, due June 4 via Capitol CMG.

The artist has been shaping her songwriting craft since she was 14 years old. At 18, she released her self-titled debut. Now 21, she feels Godsend is a confident step further into her music career. Here, she was able to weigh in on every element of the release process—editorial aspects, single selections, packaging, and cover art. Whereas, much of the work for Riley Clemmons was done for her.

“The difference between 18 and 21 seems so massive because it is. It’s funny to see the thematic growth of just experiencing more life. I learned how to become more involved,” say says.

“As a writer, having those years under my belt to harness my artistic voice certainly shows. Also, I’ve built the confidence to partake in the production.  I can now say, there were so many more times I pushed back, pushed a lyric I wanted or sound that felt right to me.”

Sonically, Godsend pays homage to the Nashville native’s roots. Production allows for a clear interpretation of the guitar, piano, and several layers of instrumentation. Some lean into the modern pop world of creating synths and vocal stacks that evoke a feeling or certain mood to assist her storytelling.

In a moment when the traditional record cycle seems less relevant, Clemmons maintains the meticulous approach of thoughtful sequencing of her 12-track collection. “It’s very intentional,” she affirms. “I hope listeners will notice the little winks I placed throughout.”

Her first single, “Keep On Hoping” landed as her biggest radio land since her debut single. Following a year of devastation, Clemmons sought to instill hope. She adds, “specifically the hope that comes from God, and what He promises.”

Come on and keep on hoping when the days get dark / Keep on singing, don’t you ever lose heart / Lift your eyes, the One who gave you life will give you / Strength to keep on going, so keep on hoping, she sings above an echoing chorale.

To follow, Clemmons released “I’m Not Alone”—a demo that lived in her iPhone until last year when she shared it on socials. The overwhelming response affirmed her feelings towards the track, leading her to share it as part of her second album collection.

As one of the more pop-leaning tracks on the record, “Headspace,” chronicles her coming to understand the value of her mental real estate. She recalls, “I was coming off a breakup, and struggling to move forward, and wrote this as a means of moving on. I realized I was giving headspace and energy to things in the past that no longer served me.” Between layered synth production, the anthem explores new sonic territory while reminding fellow broken hearts of their worth.

Clemmons describes her title track as the “thematic centerpiece.” She explains, “Every lesson I’ve learned on this record falls within the category of purpose. This one helps look back and see that even the hard parts have a purpose.”

Godsend closes with a deeply intimate song, “In This Moment.” Penned as a letter to the version of herself who wrote the first record, the artist closes the gap between her self-titled debut and her current self upon her sophomore release.

“I’m very proud of this project,” Clemmons concludes. “It’s a very personal project and I hope people can find themselves in these songs.” 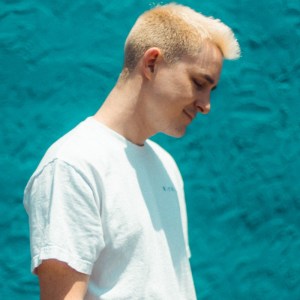 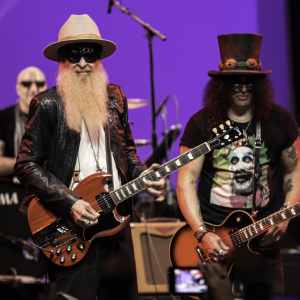