Ringo Starr joined the class of ’22 at Berklee College of Music on Thursday (June 2) to be awarded an honorary degree. The university first announced that the Beatles drummer would receive his doctorate in music at the commencement ceremonies in May, but Starr was unable to attend. Instead, he addressed the graduating class via a pre-recorded video.

In the video, Starr played around on the drums before throwing up his signature peace sign saying “peace and love,” before congratulating the graduating class.

”I’m a doctor at last! I never went to college, but I certainly have had a lot of experience making music, so I supposed I earned this in my own way,” he said.

A special ceremony was held on Thursday to honor the drummer in person after he and his All Starr Band came into town for a show. The ceremony honored his lifelong contributions to the music scene and featured renditions of Starr’s songs, arranged and performed by Berklee students.

While receiving the degree, Starr explained how he picked up drumming at just 13 while fighting a childhood illness. Doctors at the hospital brought in percussion instruments to entertain the young patients – Starr was hooked ever since.

“I just wanted to be a drummer from that moment on,” he added. “It was my big dream and it’s still unfolding. I get to play with great guys, like the band here. It’s just a great life I lead.”

Starr and his All Starr Band kicked off their first tour since 2019, earlier this year, announcing an NFT collection comprised of digital artworks, accompanied by signed canvas prints created by Starr. A live auction of the collection will begin on June 13, presented by Julien’s Auctions. Information on the bidding can be found, HERE. A portion of the proceeds will be distributed to The Lotus Foundation. 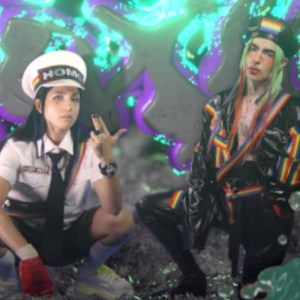