A documentary on the life of the late heavy metal singer Ronnie James Dio is set for release in 2022, nearly two years after the film was first revealed.

“[It] goes all the way through his life till the end,” said his Dio’s widow Wendy who watched the film, which she described as “very emotional,” in a recent interview. “I was watching it with my publicist and a person from BMG, who are funding the documentary,” she added, “and we all cried.”

The documentary will feature never-before-seen archival footage and photos from Dio’s personal archives and include intimate scenes with some of the artist’s closest peers, friends, and family.

“Ronnie loved his fans,” said Wendy Dio in an earlier statement, “and I hope they will enjoy this trip through Ronnie’s life.”

Portions of Dio’s unfinished autobiography, Rainbow in the Dark, named after his 1983 hit with his band Dio, will also be incorporated in the film. Dio was working on the book with rock biographer Mick Wall prior to his death on May 16, 2010 from stomach cancer. It was later completed by the Dio family estate along with Wall and released in 2021.

“His voice is still with us, as it always will be, and the power and honesty in it will always give me a thrill and a chill,” said Halford in an interview around the 10th anniversary of Dio’s death in 2020. Halford called Dio a mentor who always gave 100 percent onstage, songwriting, producing, and recording.

“As a fellow singer, his standalone voice means everything, possessing such uniqueness with instant recognition—10 years or 100 years, it doesn’t really matter,” added Halford. “Ronnie and all we love about him is eternal.” 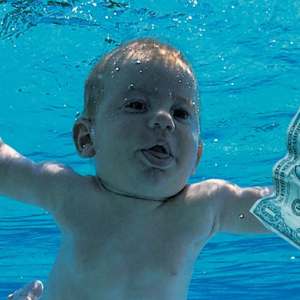