It took more than a decade to craft a song that would channel reggae guitarist and composer Ernest Ranglin, whose career has spanned collaborations with Bob Marley, Monty Alexander, the Skatalites, just right. While it would echo the Jamaican artist’s perfectly textured cadence of reggae, ska, and jazz, the song would also need to embody a touch of Roots of Creations’s signature rock.

Off the band’s upcoming Dub Free or Die, Vol. 1, “Arabia” is a nod to RoC’s musical forefathers, a dedication to their fans, and an extension of their formulated reggae-rock instrumentals.

“We usually put one to two instrumental pieces on each studio or live record,” says Roots of Creation singer and songwriter Brett Wilson. “This is finally a chance to showcase this signature style that we have developed over time and place it at the forefront. I always wanted ‘Arabia’ to emulate Jamaican treasure, Ernest Ranglin, with some good ole hard rock ‘n roll blended in.”

Following up the band’s 2018 release Grateful Dub, a reggae tribute to the classic rockers, and 2016’s Livin’ Free—featuring three versions (studio, ska, and dub) of each song—Dub Free or Die Vol. 1 is immersed in the instrumental side of RoC’s songwriting.

“It’s created for our die-hard fans that travel to multiple shows a year, listen to bootlegs, watch our weekly live streams, pay attention to setlists, and always score the latest merchandise drops,” shares Wilson. “We are extremely blessed to have our tribe of RoC family members to be there to support us through these crazy uncertain times, and let us experiment, create and have a blast.”

Maneuvering around progressive rock, dub, reggae, electronic, funk, an improvised soundscapes, “Arabia” and the remainder of the Dub Free or Die instrumentals were a refreshing shift for Wilson, who says he worried less about themes and lyrics and experimented more with his guitar and the band’s arrangements.

Picking up on Ranglin’s own genre-bended, layered style, Wilson’s longtime friend, multi-instrumentalist and songwriter Mihali of the jam band Twiddle weaves the core guitar through “Arabia.” It was a perfect union from its inception since Wilson and Mihali have always bonded over their deep adoration for Jamaican music.

“‘Arabia’ combines two of my favorite styles of music, reggae and instrumental music,” says Mihali. “When I first heard the song, it reminded me of Ernest Ranglin, who has been my favorite guitar players since I was 13.”

“I knew he would be able to crush a guitar solo that took you on a journey through time and space,” says Wilson of Mihali’s contribution. “I added guitar army layers at the end to bring the listener to a peak before the riffs kick back in. I’m super stoked for everyone to hear this epic collaboration and join us for a ton of new music coming out in 2021 and beyond.” 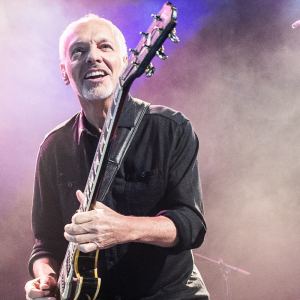 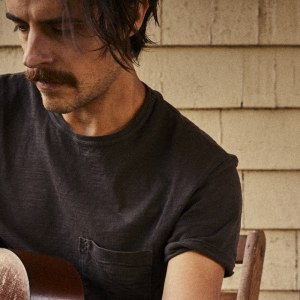