In the midst of the recent political upheaval and marches for justice, Rory D’Lasnow couldn’t let the moment pass without putting pen to paper. “An American Lie,” his powerful new single isn’t a condemnation of American values, instead focusing on the human and personal emotion of a life lost for no reason.

“I’ve always believed in standing up for what is right and not being a huge hypocrite, but this is my first foray into combining music with my beliefs on what’s right and what’s wrong.”

Like Neil Young’s “Ohio,” with its urgent, angry “how many more” refrain, D’Lasnow wrote “An American Lie” fairly quickly and gets right to the point with the chorus tag line, “how many have to die/You can’t deny evil’s alive and well.” The first line D’Lasnow recalls writing, which set the tone for the song, appears in the second verse: “To any mother’s ears/From any child’s tears/A universal cry.”

“I read an article from a woman who said George Floyd had called out for his mother before he passed away. It was a white woman who wrote it and she commented that ‘all the mothers in the world heard that cry.’ That was an image that really stuck with me. All the differences and experiences that people had been through disappeared in that moment. There’s a universal nature of being a mother and hearing a child crying out for their mother.”

That sentiment stuck with D’Lasnow and he crafted outward from there. “The first verse and chorus are very broad and general about the call to action. It’s the second verse that looks at it from an individual perspective.”

D’Lasnow recorded the song with producer Rob Freeman (Drive-Thru Records, Hidden In Plain View), who played drums, electric guitar and bass. The New Jersey singer/songwriter grew up in the ‘00s and that decade’s angst-filled rock played a big part in his early formative years. But the pop sensibilities of classic artists laid the foundation for his writing style. “I try to keep influences as diverse as possible. But it always come back to the Beatles.”

D’Lasnow works in the mental health field, a demanding job which, in these virus days, leaves him limited in how often he can actively participate for causes he supports.

“I took part in a recent march here in New Jersey. Unfortunately, due to Covid and my work situation with mental health and a vulnerable population, I have to take precautions to not expose myself to the virus. But you reach a point where you have to back up and walk the walk and not just be all talk. I’m hoping my music and verbal representation will make some degree of a difference even if I’m not physically on the front line. “ 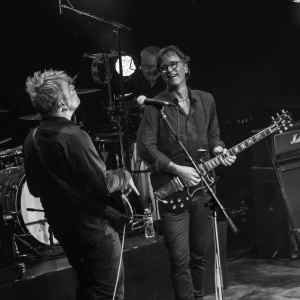 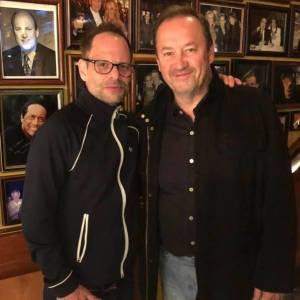