“It’s late into an evening of arguments and debates with a familiar lover,” Katie Coleman began, setting the scene for her band Run Katie Run’s new single, “Stolen Time,” which officially drops on February 26.

See, Coleman is a natural entertainer. From the first time she sang in front of a crowd at a high school talent show in Buffalo, New York to the years she spent studying dance in college to the vibrant, Americana-influenced rock music she crafts with Run Katie Run, Coleman has always had a keen sense of performance and narrative. This instinct came in handy when her bandmate, Adam Pendlington, came to her with a new song: an early version of “Stolen Time.”

“I believe this was the first time I ever sang lead on, arranged and produced a song that I had no part in writing,” Coleman told American Songwriter. “But, when I’m singing a song that I didn’t write, I like to sing it over and over and over again until I find my own meaning to the words and sentiment. When I do that, I tend to see it play out like a movie in my head.” This leads us back to that aforementioned late evening of “arguments and debates with a familiar lover.”

“It’s the kind of long-winded discussions you have when the two of you are trying to weigh the pros and cons of staying together versus calling it quits,” Coleman continued, describing the scene. “You’re both exhausted but you’re still yearning for them to say something that makes your heart melt or do some grand gesture that makes it clear that you should hold on just a little bit longer… but they never do or say the thing you’re looking for. All bets are off: nothing you say or do can make this more painful or difficult than it already is, so you just say exactly what’s on your mind without holding back whatsoever. That’s the scene and characters I see when singing it, and let’s be honest: haven’t we all been there before?”

For his part, Pendlington agrees with Coleman’s analysis. “I like Kate’s answer,” he noted. “It describes quite-well the place I was in when I started writing. The lyrics began as a fantasy about meeting someone, feeling alive again and wishing that would last. I’m not sure if that’s what the song ended up being about… but after Run Katie Run made it what it is, I find it quite uplifting and triumphant.”

While each of the members of Run Katie Run have been playing music for years, it wasn’t until Coleman and her husband, Corey Coleman—who plays guitar for the band—moved to Atlanta a few years back that the band finally formed. “Stolen Time” is actually one of the first songs the band’s ever released, coming ahead of their debut EP, Running On Love, which is due April 16.

With a unique blend of rock sensibilities and folky textures, the sound of Run Katie Run condenses into a singular force of energy and power. Showing this off on “Stolen Time,” the band hits a sweet spot, crafting something that’s reminiscent of the classic, alternative-rock choruses of the ‘90s and the exciting Americana rock scene that’s begun to blossom over the past few years.

“We really stretched out and left our comfort zones while creating these songs and I’m extremely proud of what we made,” Coleman said. “I couldn’t be more thrilled with how we’ve learned to play together as a band. I can’t wait to see what else we make in the future.” 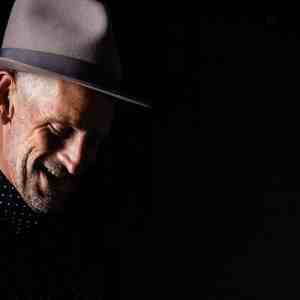 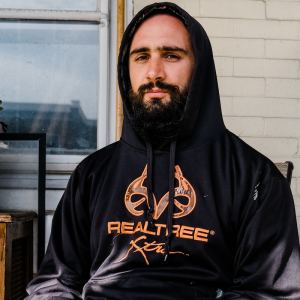