Since releasing her last solo album, Sun Midnight Sun, in 2012, singer-songwriter and multi-instrumentalist Sara Watkins has become one of the busiest women in Americana and country.

Aside from appearing as a guest performer on numerous projects and soundtracks, she reunited with Chris Thile and her brother Sean for a new Nickel Creek album and tour, maintained the Watkins Family Hour showcase in Los Angeles, released album with the Family Hour house band, toured behind that project (which included a show-stopping performance at the 2016 Americana Festival), and formed the trio I’m With Her alongside Sarah Jarosz and Aoife O’Donovan, which toured internationally and released two singles.

Now, it’s time for the L.A. native to return to her solo work, with the Bonnaroo Music and Arts Festival being one of her first tour stops in support of Young in All the Wrong Ways, out July 1.

“This is the maiden voyage of a lot these songs,” she said early on in the Sunday set.

Watkins, who was performing between John Moreland and the Wood Brothers at the That Tent stage, delivered a soft, cool set that contrasted from the scorching temperatures of the day. Attracting a crowd mixed between fans and newcomers looking for shade, she launched into new tracks from upcoming album, as well as solo favorites. Most notably, a stripped-down, stomping version of her 2009 track “Long Hot Summer Days” got a big reaction as well as one of the later numbers that saw Watkins pick up the tempo after some of the competing stages’ sounds started to bleed into the tent.

“It’s getting competitive with some of these other stages; let’s change it up a bit,” she said before cueing the band into an upbeat cut that featured an impressive fiddle solo from Watkins herself.

Watkins wrapped up her set with “Move Me,” the lead single from Young in All the Wrong Ways. Backed by the Secret Sisters, Watkins and her band played the soaring track with as much intensity and power as any of the competing stages.

Later that night, Sara returned to the stage with the Family Hour band for the Bluegrass Situation SuperJam, where she stole the show with a cover of Bob Dylan’s Highway 61 Revisited track “From a Buick 6,” further proving that not only is she one of the busiest women in Americana, she’s one of the most talented. — JOHN CONNOR COULSTON

This year’s festival, perhaps more than in years past, was a quiet one. Acts like Death Cab for Cutie and Father John Misty, both of whom rely more on songwriting than shredding, were among the top-billed on Sunday. It’s a good thing, too – the oppressive Tennessee heat is better suited to thoughtful listening than it is dancing.

Tulsa, Oklahoma’s John Moreland kicked off the Sunday proceedings at That Tent, taking the stage with his acoustic guitar and no accompanying musicians. Stripped down and with little talking in between tunes, the performance was all about letting Moreland’s quiet, masterful songwriting take center stage in an environment that typically lends itself to long jams and loud riffs. Pulling heavily from last year’s excellent High on Tulsa Heat (as well as 2013’s In the Throes), Moreland maintained an increasingly rapt audience for what was easily one of the best sets of the festival.

Maren Morris is one of the fastest rising stars in country, so her performance at Bonnaroo’s Who Stage is probably one of the last times fans will have the opportunity to see her in such an intimate environment. Coming off huge performances at CMA Fest and the CMT Awards, Morris entertained a small crowd that quickly grew in size with cuts from her recently released debut album Hero.

Highlights of Morris’ performance included “Sugar,” which kicked off her set and is also the opening track on Hero. The opening verse of “Rich” inspired many festival-goers who were just passing by to stop and listen, thanks to its sing-along chorus and laid back vibe. Singles “80s Mercedes” and “My Church” also had the crowd singing, an accomplishment for any emerging artist but especially for one of only a few country artists at a festival that favors Americana as its twang of choice.

One of the greatest things about music festivals (and Bonnaroo, especially) is getting to see your favorite artists sharing the stage, and there’s perhaps no better way to catch live collaborations from your favorite artists than at Bonnaroo’s Superjams, which are always highlights of the already stacked festival’s lineups. This second of this year’s two Superjams (the first was a tribute to Tennessee music led by saxophone player Kamasi Washington) was hosted by Ed Helms and the Bluegrass Situation, and featured a who’s who of Americana and roots acts from this year’s festival. 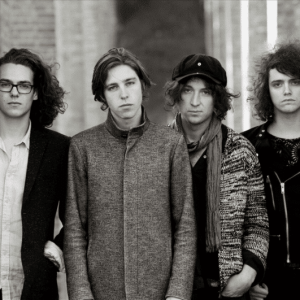 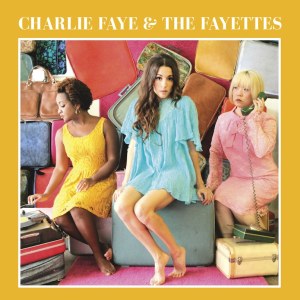