Hailing from Austin, singer-songwriter Alejandro Rose-Garcia, beloved as the frontman and bandleader of Shakey Graves, released a new EP today. The release of EP, Look Alive, lines up with the third episode of a three-part web series. Named for his new studio, “Hello Gorgeous,” the production took place in the small house located in the quaint Goforth, Texas.

The bi-weekly series of mini-docs premiered on April 6 and featured the history and background of the band, life on the road, studio footage, and unreleased material. Shakey Graves released singles through this new platform, leading up to the final single and full EP with today’s episode. This personal project pre-dated this essential social isolation. It began he had been thinking about his creative process behind releasing music going forward.

“I felt like some transition was coming. An opportunity for me to look at the stuff I’ve done in the past with a normal album cycle and what the benefits of that were for me, personally. And also how much joy I got to just like putting stuff out and having people discover it at their own rate and then enjoy it at their own pace,” explained the artist of his formula.

Wanting to learn more about video production, he developed these web sessions without a particular release method in mind. The story of Shakey Graves needed to come from the horse’s mouth. When the nation began to feel the effects of COVID-19, the artist felt like this was the right time to share music. Rather than being too precious about his selections, Rose-Garcia just shared what he had finished that he thought was somewhat cohesive. “I always find that if I let randomness enter the room, some sort narrative comes out of it, in the order,” he shared of his method.

The series kicked off with the title track, “Look Alive.” Coincidentally timely, the song is one of hopeless optimism, embracing the hand we are dealt, and maybe even enjoying it. The dynamic single was co-written with Finneas O’Connell (Billie Eilish) and Rayland Baxter and co-produced by Shakey Graves drummer and longtime collaborator Chris “Boo” Boosahda.

The next episode covered a lot of ground, sharing both “The Recipe” and “Not Everything Grows.”

“The Recipe” is inspired by a street musician Rose-Garcia met in Charleston, South Carolina. The song thematically pushes the envelope with boundless genre exploration. “I came across this guy who was playing this beautiful violin music,” he recalled. “As I got closer, he was like growling lyrics over it. I realized that he was singing the chorus of “We’re Not Gonna Take It” by the Twisted Sisters over and over. I was like, what the f— is going on? This is awesome.”

This encounter made the artist wonder what path had led the street musician there. How many people felt the same way? He explored instances of resistance in music history, like that detailed in The Rainbow. The Rainbow Bar and Grill was a pillar of rock n’ roll culture. As grunge began to roll in, those guys couldn’t handle it.

“It’s just funny to see how everybody always feels like the rugs getting pulled on them,” Rose-Garcia remarked. “The one trend is that things continue to evolve in ways you can’t predict. Usually, it’s the people who are staying the same that are fighting hard to stay that way as opposed to things changing that drastically.”

He put the concept into a modern framework with the context of the pandemic: “This month isn’t a giant leap from two months ago. But if you’re trying to do what you were doing two months ago, it’s going to feel awful, like everything is burning. In reality, this is the same house I was in a year ago, and the laundry I haven’t done is still sitting here. So that song feels particularly timely. They must have changed the rules of the game; it must have changed the recipe.”

“Not Everything Grows” is a gloomier approach to the concept but conveys very fair and real emotion surrounding change.

The final episode, shared today, premieres the fourth and final single, “Under The Hood.” The song is about not believing your eyes, not taking things at face value. “I guess, all together, they accidentally form a single state,” Rose-Garcia shared about the final product.

The multi-talented songwriter revealed a wonder of the craft being the ever-changing application of meaning given the context. “These four songs weren’t written about isolation or current mood,” he explained about the “Hello Gorgeous” series. “But if you suddenly look at them in that light and imagine that I wrote them last week, for instance, they are the kinds of songs I would want to be writing about what’s happening right now.”

The artist has found Golden Girls as a welcomed relief from the inundating news cycle and is still trying to figure out what is appropriate during these times. As always, Rose-Garcia is pressing artistic boundaries, exploring new means of connecting with his audience. It’s important to him that they understand his intentions: “I’m not trying to sell anything. I’m just trying to continue to be myself through all this and not be too pessimistic or traveling salesman-y about anything.”

Watch the final episode, “Under The Hood” of Shakey Graves’ “Hello Gorgeous Series” below. Listen to the full four-part EP, Look Alive, here. 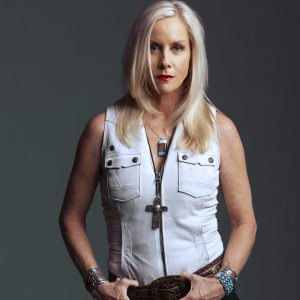 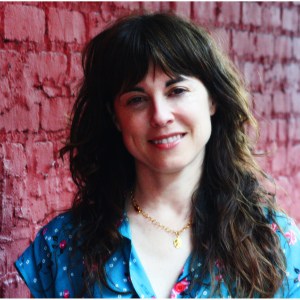