Man, oh man. Trying to tell the story of how Alejandro Rose-Garcia became fast-rising singer-songwriter Shakey Graves, and why so many listeners are thrilled that he did, nearly dumped this writer’s career into a shaky grave. Turns out it actually might be possible to die from writer’s block, if one frenzied editor could manage to get a good grip around your throat. Poetic justice would be served if Mr. Graves and his pals in Shovels & Rope would co-write the murder ballad.

Rose-Garcia’s intriguing history contains so many terrific anecdotes, having to winnow them down felt like a herculean task – until the phrase that unlocked everything popped right off the screen. While transcribing the 11,060-word interview, I’d highlighted only one sentence: Things are always weirder than they seem.

Never mind the fact that Rose-Garcia grew up in Texas’ capital, where countless T-shirts bear the now quaintly outdated slogan “Keep Austin Weird.” We’re talking about a guy who says he’s always had at least one foot in the “witchy world”; who’s got an impish streak that manifests itself in an occasional fondness for metaphorical, if not actual, bone-rattling (his self-released first album is even titled Roll The Bones). Who fills his songs with references to heaven, hell, death, ghosts, the afterlife, the occult … heck, he touches on nearly every one of those concepts in just the first single from his new album, And The War Came. “Dearly Departed,” an infectiously jaunty breakup post-mortem that could be the flip side to Edward Sharpe & the Magnetic Zeros’ “Home,” is an adorable duet with co-writer Esme Patterson, formerly of Colorado band Paper Bird. (When they perform the sexy song live together, which they’re now doing on tour along with drummer/album co-producer Chris “Boo” Boosahda, they look for all the world like the cutest couple ever – except they’re not.)

But underlying its near-pop accessibility are verses like this one:

Even when one is dead and gone
It still takes two to make a house a home
Well I’m as lonesome as the catacombs
I hear you call my name but no one’s there
Except a feeling in the air.

Rose-Garcia, 27, admits he has pondered the question, “Are we dead all the time?” He and his tour manager figure they’ve been among the walking deceased, so to speak, for years. His song-publishing handle? Dead Hand.

Even his singing is often characterized as ghostly, haunting. Ethereal. Equal parts agony and ecstasy, it’s raw, elemental; both lonesome-cowboy moan and possessed wolf-howl. A little Chris Whitley, a little Chris Isaak, with Jeff Buckley’s choir-boy pureness occasionally channeled for good measure, along with the hollerin’-hootenanny vibe of a wild back-porch stomp. He accompanies himself with effortlessly intricate acoustic-guitar picking or fuzzed and cranked electric notes, punctuating sudden, surprising change-ups with the stop-start rhythms of his busker-style percussion device, a suitcase tricked out with a drumhead and tambourine, which he operates by pounding foot pedals with his boot heels while standing up – literally staying on his toes for his entire performance.

His resolutely stripped-down style perfectly matches his deconstructed blues-folk-hint-of-twang-country output, best labeled Americana. But there’s far more to his allure than the novelty of his sound. For one thing, he’s got leading-man looks, with long-lashed brown eyes, amplified by a killer grin and ringlets of dark hair spilling out from under his cream-colored Stetson (or brown fedora or whatever the day’s hat choice; there’s always a hat). When he sings about playing for keeps and does a little Elvis hip-shake, it doesn’t matter whether he’s clad in jeans and a pearl-snap shirt, a wife-beater and suspenders or a well-pressed suit. Women totally dig it. But during his September AmericanaFest showcase at Nashville’s packed Basement, men were singing along, too.

Rose-Garcia’s chick-magnet days reach back at least to when he was 12, and had an “older woman” girlfriend of 13. When he learned she cheated on him while summering in Mexico, he plotted to win her back.

“She had a thing for guitar players, so I had this big revenge plan [of] learning to shred the guitar, and I’d be, like, really ripped and muscle-y when she came back,” he recalls. Both the workout plan and relationship failed, but the guitar stuck.

“It gave me an outlet to process all this confusing stuff I was feeling,” Rose-Garcia says. He began writing songs after moving with his playwright mother to Los Angeles during his junior year in high school. By then, he’d starred in several school plays and obtained an agent. But he’d also discovered alcohol and started getting into what he characterizes as “kid trouble … just stupid dumbassery.” After managing to elude police who were hunting for the vandals who broke an elementary-school window, only to realize he’d left his mother’s car at the crime scene (never mind not yet having a license, much less asking before he borrowed it), he had to face the music. She offered to relocate if he’d get serious about acting.

The acting background helps explain another aspect of Rose-Garcia’s charm: his relaxed, affable nature, refreshing openness and well-developed wit. He’ll deliver a self-deprecating joke as quickly as he’ll deliver a nakedly honest revelation about his life; he doesn’t seem to guard his thoughts or withhold words, in song or conversation. One senses there’s little difference between his Shakey Graves persona and Rose-Garcia reality; regardless of how he identifies himself, it’s clear that convergence of talent, looks, charisma and confidence give him some serious spell-casting powers.

Clues to their origins might reside within the black-and-white tattoo on his left forearm, although when I say, during an interview in an Austin coffee shop, that I’m trying to figure out some of its symbols, he responds, “Yeah, me too.”

He points to the Hebrew letter shin, calling it “a Kabbalistic thing” (its fire-tipped prongs are said to representthe dimensions of a human being). There’s also a six-pointed star (for Jews, it’s the Star of David), the symbol for ohm, or omega (not the Hindu Sanskrit version) and what he says are the Zodiac signs Leo and Libra, though one looks like Virgo – and neither is his (born June 4, 1987, he’s a Gemini). They’re all encircled by an ouroboros – a serpent swallowing its tail – topped by a crown resting on a Dia de los Muertos-style skull pierced by a heart-tipped arrow. That symbol represents Shakey Graves. I later learn the tattoo, except for the skull, is the early emblem of the Theosophical Society, formed in 1875 to study, according to Wikipedia, “the intelligent evolution of all existence,” including natural and supernatural phenomena and the Kabbalah. The research rabbit-holes I fall down while trying to glean this information keep going deeper and deeper; like his song lyrics, the ink suggests more than it reveals.

The tattoo on his inner right bicep is less weighty; he laughs as he discusses the series of small arrows, which form a V, like migrating geese.

“This is my first tattoo. This is our bro-tat,” Rose-Garcia says. “I think five people have this now. It’s the lane markers on a bowling alley.”

Then he admits, softly, “It obviously means more stuff than that.”

Specifically, it speaks to his most recent, “very formative” years, in which he transformed from a guy who threw a completely homemade album up on Bandcamp, inviting listeners to pay what they wanted, to one of the hottest singer-songwriters in the country. In September alone, Rose-Garcia’s pinch-me moments included opening for Americana Music Association Festival & Conference headliners The Avett Brothers in Nashville, and for the Tedeschi-Trucks Band at New York’s Beacon Theater. And his song, “Built To Roam,” aired in the season premiere of the TV show Nashville. That followed a summer spent playing at events such as the Telluride Blues & Brews Festival in Colorado, Oregon’s Pickathon and the Newport Folk Festival. Make that the Newport Folk Festival, where, in addition to singing Neil Young and Little Feat songs with Valerie June, Lucius and Shovels & Rope, he shared the stage with Mavis Staples and Jeff Tweedy during the finale of her 75th-birthday performance. (“Mavis Staples made me blush, Jeff Tweedy made me cry,” he tweeted afterward.) 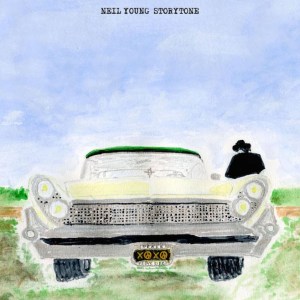 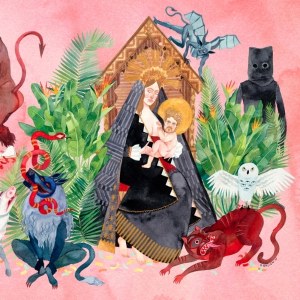