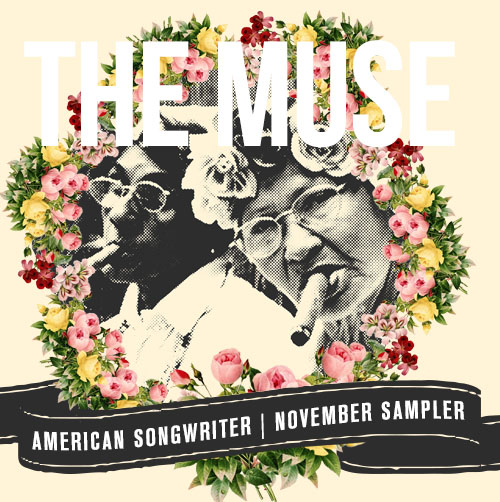 In conjunction with the November/December issue, American Songwriter presents the Muse November sampler, a free album available for download that features ten killer tracks from some of our favorite artists. Click here to download.

Like a folk song trapped inside a computer, “Home (Leave the Lights On)” – one of the brighter sounding tracks from Field Report’s sophomore album, Marigolden – mixes the trebly strum of acoustic guitars with the burbling beat of digital drums. According to the rumor mill, this song was originally written (but ultimately unused) for a commercial. Hey, whatever it’s selling, we’re buying.

Bahamas, “All The Time”

When Afie Jurvanen – the self-taught, self-produced mastermind behind Bahamas’ music – sings “I’ve got all the time in the world” during this folk-funk single, you believe him. It’s a slow, slinky tune, boosted along with a ’70s bass groove and stacked harmonies that pitch their funky tent somewhere between D’Angelo and Sly Stone. Jurvanen rips a fierce guitar solo during the song’s homestretch, too, proof that even the most laid-back frontmen can still break a sweat now and again.

Caught somewhere between the throwback pop hooks of Merseybeat and the fuzzy fury of garage-rock, “She’s Mine I’m Yours” mines the past and comes up with vintage gold. In true oldie fashion, it’s a breakup tune, with the whole thing building up to what may be the best breakup line in the history of dating: “You are beautiful, you are tan /  But she is a true American.” We wonder how that one went over.

Paying tribute to those who’ve rocked before them, sisters Rebecca and Megan Lovell turn Gary Glitter’s familiar drumbeat into a rootsy, muscled blast of grrrl power. “Don’t try to buy, don’t try to sell me,” goes the refrain, while a lap steel swoons and an electric guitar crunches in the background.

Written during a backstage jam session in Rome, Italy, “Swing That Thing” rolls a number of retro influences – ragtime classics, beat-up Sun Records 45s, forgotten slide guitar legends, and even Howlin’ Wolf’s first note during “Smokestack Lightning” – into one irresistible call to the dance floor. Drop in, turn up and rave on.

Matthew Ryan, “Then She Threw Me Like A Hand Grenade”

Singing like he’s been awake for 20 hours (and drunk for at least 15 of them), Matthew Ryan huffs his way through this boozy, bar-band anthem with all the poppy grit of solo-era Paul Westerberg. Come for the Ebow guitar riff, which opens the song like a deranged violin. Stay for the actual violins, which sweep into the mix during the bridge.

Backed by nothing more than a rumbling baritone and a fingerpicked guitar, Fletcher paints the picture of a family that’s come apart at the seams, leaving a trail of fires, hangovers and general destruction in its wake. The best character? Dad, a heavy drinker whose habit doesn’t “help nothing but the boys at the bar down the street.”

Even one-man bands get by with a little help from their friends. On “Dearly Departed,” Shakey Graves strums up a junkyard-folk symphony with help from Esme Patterson. Together, the two clap, croon and harmonize their way through “Dearly Departed,” a tune about the ghosts we all leave behind. Hey, Shovels & Rope – need an opening act?

Recorded live during a four-day studio session In Nashville, Together Is Where We Belong finds Ryan Tanner spinning soft-spoken tales of broken hearts and empty beds, setting the whole thing to a soundtrack of stripped-down indie folk arrangements. On “A Black Heart Painted Red,” he pines for the one he drove away, warning his audience not to make the same mistake.

Kyle Cox, “I Ain’t Been Lonely Until I Met You”

With half-spoken/half-sung melodies that recall The Avett Brothers and simple, straightforward lyrics that tip their hat to the golden oldies, Kyle Cox breezes through this song – which placed third in American Songwriter’s May/June 2013 Lyric Contest – with help from producer Mike Marsh, who just so happens to be the Avett’s drummer. Full circle!

While pianos clang and drums bang in the background, Jessica Campbell croons a peppy, poppy tribute to those moments where the dark clouds finally clear away, allowing sunnier weather to shine through. We’re big fans of Campbell’s mid-tempo folk tunes, too … but if songs like “Brighter Days” are what spill out whenever she hangs up with acoustic guitar, you won’t catch us complaining. 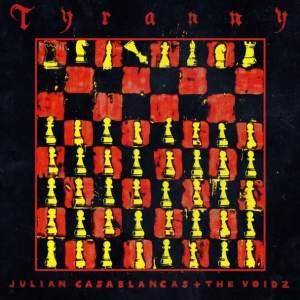 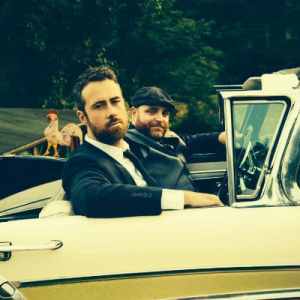