For the uninitiated, Melrose Billiards is what some might call a dive. Tucked away in a nondescript basement, the Nashville pool hall has all the usual accoutrements: neon signs, a crotchety bartender, and smoke so thick it’s a little hard to see. Tonight there’s a group of older men singing “The Star Spangled Banner” and taking bets on the World Cup, laughing over pitchers of beer while their wives look on with the occasional eye roll. Melrose is the portrait of Nashville in transition: a landmark beloved by everyone from those bet-placing patriots to hometown hero Jack White, but recently overtaken by new condos and upscale restaurants, just another growing pain of a city still figuring out who it wants to be.

Shooter Jennings sits at a back table, drink in one hand and a cigarette in the other. He’s wearing sunglasses, though this place probably hasn’t seen sunlight in decades, if ever. His manager, a leisure suited, afro-sporting dude by the name of Colonel Jon Hensley, takes the occasional time out from his game of pool to make sure Jennings’ well never runs dry.

It feels like kismet to meet Jennings here (he ditched our original meeting place, the Hutton Hotel, at the last minute) as he, too, seems to live between two worlds. His father, Waylon Jennings, is a founding father of old school country, of what the genre looked like before it was taken over by frat bros with wallet chains. But his interests, which include Prince, drum machines and Bitcoin, are decidedly more modern. In an industry where pigeonholing makes for easier marketability, Jennings is an outlier. To borrow a word from his father, you could even call him an outlaw.

It’s only appropriate, then, that Jennings is in the middle of releasing two EPs that epitomize the best of both of his worlds. The first, a memorial to the late George Jones (For George), reimagines the legendary country vocalist through modern arrangements. The second, Countach (for Giorgio), pays tribute to Giorgio Moroder, the “Godfather of Disco” most recently known for contributing a monologue (“Giorgio by Moroder) to Daft Punk’s Grammy-winning Random Access Memories.

The resulting EPs are genre-defying collections that, despite the opposing nature of the two artists represented, sound like true companion pieces, each borrowing from the other to create what Jennings describes as a “mish-moshing” of two of his greatest musical influences. “Doing these records ended up being a weird musical experiment,” he says. “Going into the Giorgio thing I knew I didn’t want to do it just like Giorgio did it, and I knew I didn’t want to do the George stuff just like George did it.

“I decided to try and use the instrumentation that Giorgio introduced into culture, especially the DX7 keyboard and the LinnDrum drum machine, which are also Prince’s favorites. So I used those for most of George record and I used traditional country instrumentation for most of the Giorgio stuff, which probably blended it more for [listeners’] ears.”

Everything began in 2012 when a man claiming to be the producer of Jones’ new album contacted Jennings. “He asked me if I had any material, some upbeat material, for George’s record,” he explains. “I don’t write a million songs and just have them sitting around and pick them. I write for projects. So I was like, ‘Okay I’ll write a song.’”

Jennings then wrote “Don’t Wait Up (I’m Playin’ Possum),” a rock-tinged tribute to Jones’ nickname that ended up serving as the lead single off For George. He also sat down with his stage manager/guitar tech Faren Miller to write “Living in a Minor Key,” the EP’s second original. As luck would have it, though, that so-called producer was a fake, and Jones had no idea Jennings had been writing.

Jennings hung on to the songs anyway, hoping the Possum may still cut them after all, but Jones passed away before ever having the chance to hear them. It was an especially big blow for Jennings, who counted Jones as a family friend to both his father Waylon and his mother, country artist Jessi Colter. ” He was always very sincere about his relationship to me and it meant more than he could ever know,” Jennings says of Jones.

He sat on the songs for a few months before deciding to release them as part of a five-song tribute EP, which came out earlier this summer. The other three tracks are covers, an assortment spanning the familiar to the unorthodox. The standout, though, is a cover of the 1974 song “The Door,” which was Jones’ sixth number one hit and a personal favorite of Jennings, who first got to know the song with friend and fellow musician Lee Ann Womack while out on tour with Toby Keith. “I had heard ‘The Door’ but I never really paid attention to it until then,” he says. “[Lee Ann and I] would listen to it every night.”

The cover sounds almost unrecognizable next to Jones’ version, as Jennings trades in gentle steel guitar for a riff worthy of Black Sabbath. “I tried doing it the regular way and it was just a snooze because I’m not as good of a singer as George,” he explains. “So I started fooling around and I came up with this guitar riff that was like something off a Black Mountain or a Fu Manchu record and then I started building it.

“That song may be my favorite song I’ve done in the last, like… Well, maybe ever.”

And just as Jennings grew up subconsciously soaking in Jones’ influence (“Of course now I’m a fan of George Jones, but when I was a little kid I didn’t know his music.”), he sees Giorgio Moroder’s music as a major component in the formation of his musical identity. “I’ve been a fan of his my whole life without knowing it, because the were so many pieces of music growing up that were huge parts of my life that I always attributed to the sound of the ‘80s or something, like The Neverending Story, even Top Gun, which are silly references.”

He was especially enthralled by Moroder’s song “The Chase,” which soundtracked “Coast to Coast AM,” a late-night talk radio show about conspiracy theories and paranormal phenomena.  It wasn’t until he heard Daft Punk’s “Giorgio by Moroder” (a track inspired by “The Chase”), though, that he began to put the pieces together. “So I Googled the guy – I’m supposed to pretend like I’m cool and I know everything but this is how it went,” he laughs. “I Googled the guy and I saw all this shit, all these pieces of music… and didn’t realize it was the same guy responsible for all of it. I just thought it was the era. When I realized that, it hit me so hard.”

That obsession led to Countach (for Giorgio), an EP named after the famed Lamborghini that so succinctly, albeit expensively, encapsulates the feel of the ’80s. The only track Jennings has shared so far (the EP releases in November) is a cover of Moroder’s “I’m Left, You’re Right, She’s Gone,” the disco king’s semi-take on Elvis’ Sun Records-era song of the same name. The rest of the EP’s tracks will also be covers, including the Moroder/David Bowie collaboration “Cat People (Putting Out Fire),” which Jennings will reimagine with close friend Marilyn Manson. “Now that the George [Jones] record is done, the Giorgio album has become my Phil Spector piece,” Jennings says. “I’m going crazy over it.”

Jennings counts himself lucky to have that level of creative control over his music, which he attributes solely to his decision to start his own label, Black Country Rock Media, in 2013.  In addition to releasing his own music through Black Country Rock, he’s produced what’s quickly becoming one of the most diverse catalogs around, with releases from country-leaning artists Colter and Wanda Jackson, as well as more unusual projects from porn star Ron Jeremy and professional wrestler Mick Foley. “For me, producing other artists and being in the studio is my favorite thing, creating something new out of nothing,” he says. “There is a magic and an alchemy to that that, to me, is just beautiful.”

There’s one upcoming production project Jennings is especially excited about: a cover of Rowland Salley’s “Killing the Blues” by his good friend Billy Ray Cyrus. “Recently, Billy Ray said, ‘Come over to my house!'” Jennings says. “I had been out with Marilyn Manson and I said, ‘Can Marilyn Manson come with me?’ So me and my wife and Marilyn went to Billy Ray’s house and hung out, playing guitar and watching shit, and I was like ‘God if anyone could see this right now, what’s happening, their minds would be blown.’”

That friendship quickly became collaboration, with Jennings developing a deep respect for the man now better known as Miley’s dad.  “I’ve never seen anyone who’s that good of a singer in my life,” Jennings says of Cyrus. “I’ve heard a lot of people who can lay down like 8, 9, 10 harmonies and make it sound like a choir, but it always sounds like one voice. He can change his voice, and he’s even named the characters, like Ruthie or Sammy.”

If there’s one thing that becomes quickly apparent when talking to Jennings, it’s that the guy eats, sleeps and breathes music. His passion has taken him beyond making music to trying to reform the music industry through Content Creators Coalition, an artist advocacy group with members including Tom Waits, David Byrne, and Mike Mills of R.E.M. “I’m a big believer in all the physical formats – we even make cassettes – but I was also raised on computers,” Jennings says. “I’m actually trying to build a music peer-to-peer platform on the back of what Bitcoin is. We need a way to do a peer-to-peer transfer of music so you don’t need a third party, an iTunes or a TuneCore or anything like that. iTunes has done well with me so I’m not trying to make enemies, but the reality is if I can share music with you and the artist gets the money, it becomes a system that’s decentralized like Bitcoin is. I think Bitcoin is the most valuable discovery in technology since the Internet. ”

Just as Jennings can wax enthusiastic on the latest in digital currency, it’s easy to sense the traditionalist in him when he talks about the current state of country music. “This may be the big dickhead in me, but I look at [country music] and the way they’re bringing in the EDM thing,” he laments. “It’s all what’s selling really big. So I thought [Countach] was kind of a ‘fuck you’ to that, because I’m a computer nerd and I’ve been programming for years and doing drum machines and stuff, so, for me, I’m doing the cool flavor of that .”

Like the bar he’s sitting in, now almost entirely obscured by new construction save one small neon sign beckoning patrons downstairs, Jennings could fall in line with the status quo but instead remains defiant. “The reality is none of my shit is going to be played on the radio,” he says. “But I am fucking going to pay tribute to Giorgio Moroder and it will sell five hundred copies. And I don’t give a fuck.” 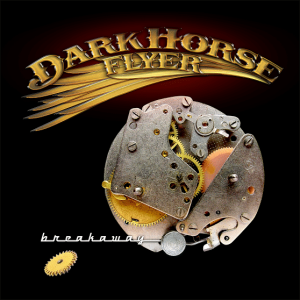 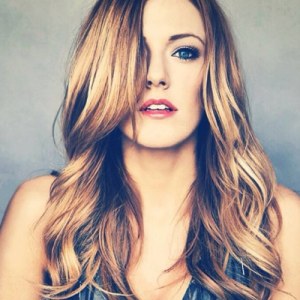