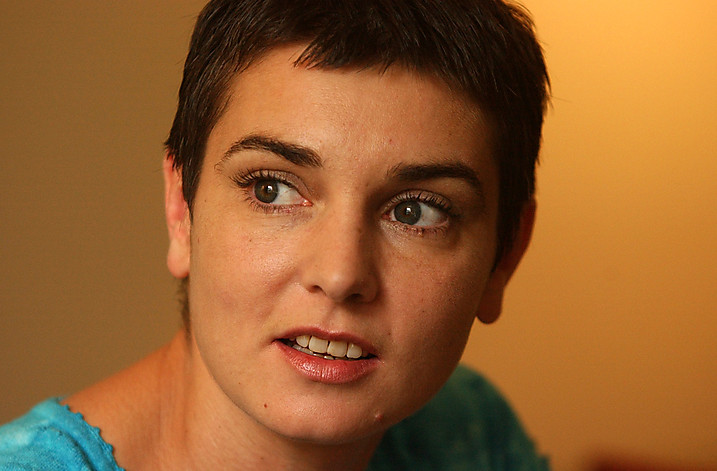 Sinead O’Connor has been feeling randy. First, the Irish singer-songwriter (long retired from putting out new material) pens a letter to Bob Dylan on the occasion of his 70th birthday, dubbing him the “THE sexiest man that ever stalked the face of this earth” in a post on her official site. Then, after declaring herself sex-starved in a graphic piece printed in the Huffington Post, she again turns her attention to her celebrity crush, in “An Open Letter To Bob Dylan.”

In the letter, the formerly bald singer asks that she be allowed to sing with Dylan and Mark Knopfler during their upcoming appearance in Dublin in October, citing Infidels, the Dylan album that Knopfler produced, as her favorite album. “I promise I’m slightly prettier than in the ABC news split screen of before and after…,” she writes. “I was having a bad hair day.”

O’Connor’s last run in with Dylan may well have been in 1992, when she appeared as part of his birthday tribute at Madison Square Garden. During her turbulent performance, Sinead switched to a Bob Marley song, then fled the stage.