R&B singer B. Smyth has died just three weeks after releasing a new single from his intensive care unit bed. The artist was just 28 years old.

Wrote his brother Denzil on Instagram after Smyth’s passing, “On behalf of my brother and my family we want to say thank you to all of you for all of your love & support throughout the years.”

The “Win Win” singer, who was born Brandon Smith, “passed away… from respiratory failure after a long battle with pulmonary fibrosis,” Denzil shared.

Denzil also noted that his brother loved his fans and was watching dance challenges for his latest single, “Twerkaholic, Pt. 2,” while he was in the ICU.

“All those new TikToks and Instagram reels made him really, really happy,” Denzil said in the video. “He was able to have a smoother process… All the love and light you were sending on social media he really felt it and sunk into it.”

The full Instagram post read, “Hello I’m Denzil #BSmyth brother and today regretfully I have to announce that my brother has passed away this morning from respiratory failure after a long battle with pulmonary fibrosis.

“My brother was very excited to see a lot of you create challenges for his latest released single #Twerkoholic part 2 while he was in the ICU, it really brought him a big smile to his face.

“So on behalf of my brother and my family we want to say thank you to all of you for all of your love & support throughout the years.

“We also want to say thank you for all of your prayers. #RIPBSMYTH Love you bro! 🙏🏾☁️ @1trekk“

Fans can see the video below.

He gained commercial success with his 2014 song, “Twerkaholic,” which earned 17 million views on YouTube. 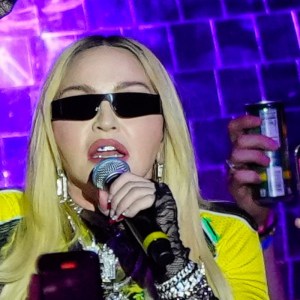