Some may assume that just because Madonna was a famous pop star that she didn’t write her own songs. But those who would assume that would be incorrect. Just read HERE to see that the Queen of Pop in fact wrote many No. 1 hit tracks for herself throughout her career, from “Papa Don’t Preach” to “Like a Prayer.”

But Madonna also did a bit of work for other artists on the side, particularly, as in the case of two of the three songs below, when she would be featured on tracks with popular artists, like Britney Spears. Here, we will dive into three songs Madonna is credited with co-writing for other artists, from Spears to Ricky Martin to the lesser-known former Levi’s pitchman, Nick Kamen.

Madonna, of course, ruled the 1980s and extended that reign into later decades. She was the It person in pop music for years, along with the likes of Michael Jackson. Together, the two ruled the airwaves with hit song after hit song. More recently, Madonna is working on her own biopic, and directing the film, which is currently in the works.

Let’s dive into the tracks the Queen of Pop helped pen.

Written by Madonna and William Orbit

This song comes from the Puerto Rican singer’s fifth studio album, Ricky Martin. The ominous track, which appears fifth on the 14-song LP, was written by the Queen of Pop and William Orbit, a British musician and producer. The song features Madonna in a duet with Martin, but many might not know, that the “Material Girl” singer also helped to pen the track. Sings Madonna in the song’s second verse: Sometimes I go insane / I played the fool and you’ll agree / I’ll never be the same without you here with me.

2. Nick Kamen, “Each Time You Break My Heart”

Written by Madonna and Stephen Bray

The ’80s pop hit comes from Nick Kamen’s self-titled debut studio album in 1987. Kamen, who rose to popularity in the decade thanks in part to a Levi’s television commercial, decided to make a music career for himself, signing with Sire Records. The handsome, Elvis-looking artist released “Each Time You Break My Heart” as the lead single from his debut. The song was written and produced by Madonna and Stephen Bray. Originally, the song had been slated to be part of Madonna’s third album, True Blue, in 1986, but it didn’t make the final cut. On Kamen’s version, Madonna provides breathy background vocals, adding a sultry flare.

3. Britney Spears, “Me Against the Music”

Just two months after Madonna and Britney Spears shocked the world with a kiss at the 2003 MTV VMAs, they released “Me Against the Music” together. The cutting pop hit features both Spears and Madonna—something that likely nearly broke the rudimentary internet back then—and it appeared on Spears’ fourth album, In the Zone, which was released in November of that year.

The track was written by a slew of talented artists, including Spears and Madonna, along with Christopher “Tricky” Stewart, Thabiso “Tab” Nikhereanye, Penelope Magnet, Terius Nash and Gary O’Brien. The single first dropped on October 14, 2003. As the story goes, after a night hanging out with Spears in New York City, Stewart and Magnet started working on the song for the pop star. Then during rehearsals for the 2003 MTV VMAs, Spears played the song for Madonna and asked her to do the song together. Madonna then helped with the track’s completion.

In the song, the two trade lines in the verses and Madonna sings the bridge. The video, below, is a cat-and-mouse reenactment, in a way, of their VMA kiss appearance. 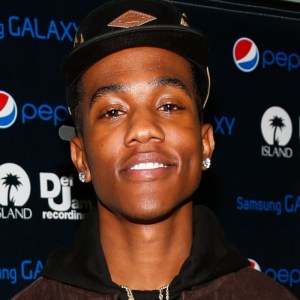