If you’ve ever spent time in the New York City subway system, you may have already heard the music of singer/songwriter Theo Eastwind. The Oasis-approved artist (the band tapped him to perform as part of last year’s “Dig Out Your Soul in the Street” street promotion) has released his fifth album, King Of The Underground, on NYC indie label Soujorn Records. The new disc was recorded entirely on a subway platform in 2007.

Says Eastwind of his daily vocation, “If you can get a New York City straphanger to purchase your CD in the 30 seconds it takes for their next train to arrive, you’re damn good.”

The disc includes the artists’ “10 Rules and Guide to Mass Transit Artistry”, which seeks to improve commuter-busker relations. (You can also read his 10 commandments for “underground” musicians at Theoeastwind.com. Rule No. 5: Do Not Appear Intoxicated.)
In 2004, Eastwood clinched Fox News’ “Subway Idol” competition. Last year, he was a winner in MSG TV’s “NYC Soundtracks.” His voice is prominently featured in a new Miller Beer commercial, “It’s American Time, It’s Miller Time”, but you won’t hear it in the States. The commercial plays in Vietnam, where it announced Miller beer’s official launch in the Vietnamese market.

A press release for King Of The Underground fills in the back story:

Theo is the essence of a self-made man. Born in Vienna, Austria, Dyslexia and strabismus in his left eye (corrected later in life through a surgical process) made school extremely difficult for him. He quickly grew impatient and dropped out of school in the ninth grade. He then enrolled in a trade school and started an apprenticeship for a degree in the confectionery arts. There, a new passion and talent for baking was found. In 1995, he answered an unemployment notice seeking a baker to run a Viennese bakeshop called “Lipizaner” in New York City, but when he arrived in this country from Vienna, he learned that the business had lost all its backers and the venture had fallen through. Theo was left on his own in a strange city with his life savings in his pocket.  His only possession was a beat-up old guitar strapped to his back.  He was too proud and stubborn to return to Vienna, but his savings quickly ran out. With no place to live, and without knowing a soul in this new country, the reality of the tough city was now setting in. Down and out, strolling through the subway, a voice captured his attention. A man, Carlton, was singing a cappella for money. This subway musician and many others such as (Kathleen Mock, Alice Ridley, etc.) inspired Theo to do the same.

He began by singing cover songs by Nirvana, Sade, Fountains of Wayne, Foo Fighters, Sting and Oasis. He was inexperienced, shy, and could barely make five cents in three hours. Theo realized he had a lot of hard work to do if he was going to eat and pay the rent.  Theo furiously practiced day in and day out, determined to cultivate his musical technique, and he began, with no formal training, to write his own music and lyrics.

In 1998, Theo joined forces with bassist, Steve Brown, who became his close friend. Together, they played and became regulars in such New York clubs as Under Acme, Mercury Lounge, The Livingroom, CB’s Gallery, and The Cutting Room. They also started writing commercial jingles freelance as a business.

Ruth Dibbel, a mutual friend, then loaned them a generous amount of money to set up a project studio and TheoSophical Music was born.  With all the music Theo had accumulated over the years, he and Steve immediately began recording their first album, the shimmering and soulful, W.I.P. (Work in Progress). Their second album, Oh La La Li…, which was dedicated to Nick Drake, one of Theo’s biggest inspirations, was released in 1999.

Theo’s third album, the richly textured and emotionally diverse “One”, was recorded in 2000 and was produced and mixed by Fearless Music’s Jamie Lamm. One was a collaborative effort of many talented and accomplished artists, including Matt Johnson (former drummer for Jeff Buckley), Steve Holley of the Saturday Night Live Band, Billy White (electric guitarist from Dokken), Steve Schlitz from Longwave, and many more.  On Halloween of 2002, the song “7500” from “One”, was featured in an independent film, “The 13th Child”, staring Robert Guillaume, Christopher Atkins, and Cliff Robertson.

After “One” was released, the band went in different directions and Theo branched out on his own. He collaborated with several different artists including Soul Farm and Rachel Sage where he had the opportunity to play at such clubs as Irving Plaza, The Bottom Line, and the Hard Rock Cafe.

Theo’s fourth record, “The O”, released in 2006 through Select bands entertainment, featured the instantly memorable “Set Up”, with which he won the “Williamsburg Singer Songwriter” contest, “The O” is a startling and refined recording produced by the multi-talented Mark Ambrosino (who also produced Theo’s new record “King of the Underground”), at Madhouse Studios.

Eastwind’s extraordinary voice conjures up images of Jeff Buckley, David Gray, and Sting, and his captivating songs elicit comparisons to Dave Matthews, Colin Hay, and Nick Drake. His guitar playing is raw, passionate, and loaded with heart and soul. Put all these elements together and you have the alchemical Theo Eastwind. 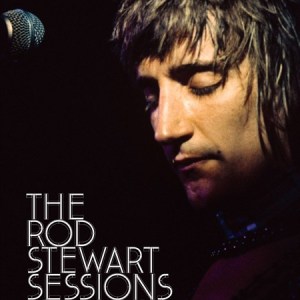