PART ONE: Yes, of course.

Everyone tells me I am crazy to want to be a songwriter.
Are they right?

Is wanting to be a songwriter crazy?

Yes. They are right. Wanting to be a songwriter in this day and age is undeniably crazy. Maybe crazier than ever.

Unless you’re still a kid. But for adults with bills to pay, and families to support, then yes. Crazy. In terms of making money. It will cost more money than it will earn at first, if not forever.

Let’s be realistic: How many songwriters starting today can make a living in this profession?

Those are not good odds!

So, yes, you have to be crazy to be a songwriter now.

Does this mean you should stop writing songs?

What? Are you crazy? Of course not!

Being a songwriter in these modern times is doing it despite the world telling you that it is crazy. But what does the world know about songwriting? They think it is fun. And not like a real job. And of course, they are right! But it is real work.

Does the world even need any new songs? As Bob Dylan told us in these pages, no. The worlds has enough songs to last us.

“Unless,” Dylan added, “someone comes along with a pure heart and something to say.”

Which brings us to the late great Michael Smith, who did have a pure heart and a lot to say. He wrote “The Dutchman” and “Spoon River” and other miracle songs. Yet this man who brought so much beauty to the world with his songs felt uninvited as a songwriter in modern times.

“The world doesn’t want you to write songs. It wants you to pay the bills.”

Which is true. It’s why merging these two disparate ideas – `songwriter’ and `modern times’ – we form  a perfect recipe for cognitive dissonance. Also known as crazy.

Unless songwriting is truly your true passion, and is a genuine calling, something that is part of your essential being, then this is the wrong direction for you. And it’s important in life, when you find yourself heading in the wrong direction, to turn around ! It is not too late. Save yourself!

But if songwriting for you is a true calling, an essential part of your soul and sinew, the way you define yourself and make sense of the world, then it is already too late for you. You are already crazy, and there’s no saving you anymore. You’re a songwriter for life. And beyond.

“I have often wondered if, actually, being an artist in any way is kind of a sign of dysfunction…
I think it’s a loony kind of thing to want to do.

So, yes, you have to be crazy to be a songwriter now. One has to consider art a true calling, have a benefactor of some sort, have other sources of income, be independently wealthy, or be okay living in a tent under the overpass while writing songs for your next album.

That being said, being an artist at all in modern times, in which art and beauty are forever being threatened by chaos and urban decay, can make you crazy. Being a musician in a world of dissonance, like a pacifist in a world of war, is also crazy-making.

And crazy, after all, is not always terrible. As all my fellow crazy songwriters already know. Many of our greatest songwriters, including from Lorenz Hart through Paul Simon and beyond, have declared they are crazy, are still crazy after all these years.

But songwriters – and all artists – despite the odds against them of achieving enough success to keep from going under, can do many things the non-crazy, gainfully employed at regular jobs cannot.

Of these, the most weighty one is they can change the world. They can make an impact. They are creators whose work becomes part of the human journey of our time, and beyond.

One song can reach a million hearts in a day. And then more. Unlike most human creations, it is impervious to time. It is imperishable.

And as my fellow crazy songwriting and making music comes with a multitude of non-financial motivations. It starts with the joy of music itself. Carole King, who has written many if the world’s most beloved songs, and is a songwriter with great worldly success, told us that if she were starting out today, she would still write songs, but would get a day job.

She wasn’t certain, she said, she’d be able to figure out how to make a living as a songwriter in today’s business. Yet she would want to keep writing songs.

“Because the reward,” she said, “is in the doing.”

The doing is the process of songwriting. No matter what kind of song you write, or if you work and work and get nothing, it’s not like time spent in a coal mine digging, or in a factory laboring, or an Amazon warehouse. You’ve been inside song – inside words and music. Which is a great place to be.

Artists through the eons have had to balance the dream of a life in art with the reality of life in the world. Even the greatest artists known to man, such as Michelangelo, had to accept the indignity of creating his masterpieces only when financed by patrons. Painting the frescoes on the ceiling and wall of the Sistine Chapel, which he accomplished in long, laborious and painful sessions lying on his back between 1502 and 1508, was not a job he wanted to do. He wanted to sculpt marble. But Pope Julius II wanted him, and he could not say no to The Vatican or to regular employment.

And though it wasn’t the work he wanted, he invested himself into its creation with an intensity which seemed linked to some madness. There is a prevalent theory about him that he had Asperger’s disorder, a form of high-functioning autism. It might have triggered the intensity of his ambition to create true masterpieces – even at The Sistine, where he didn’t want to be, he spent years, literally, to create a work far greater, more complex than anyone requested or required. It took him six years to complete.

Yet these efforts, even if they belong to a madman, did result in one of the world’s greatest masterpiece, his sprawling Sistine Chapel epic, which has lasted through five centuries.

On that ceiling, and in all his work, he created a bridge of transcendence. It is art for the ages, which speaks to our ancient souls and connects us to that which is beyond words – our innate aesthetic love of timeless beauty – which we need to survive and flourish.

Yet we also need bread. Some butter is nice, roo, but extra. Our fundamental mission in this lifetime is survival. That we survive, and help others do so. So as to get through each day with enough food, shelter, safety and sustenance to endure the everyday challenges of existence.

To do this by making art is not a rational move. Prehistoric man understood this. There was no cave-painting being done during hunting season. Human survival does eclipse art. As  David Bowie, one of the greatest songwriters of our time, said, it is the act of a lunatic.

“I have often wondered if, actually, being an artist in any way,” Bowie said in 1988 on the Charlie Rose TV show, “is a kind of a sign of dysfunction. It’s an extraordinary thing to want to do, to express yourself in such rarefied terms. I think it’s a loony kind of thing to want to do.”

Loony! This from a man who wrote remarkable songs through every year of his adult life.

Was he a lunatic? If so, a very great one.

“The saner and more rational approach to life,” said Bowie, “is to survive steadfastly and create a protective home and create a warm, loving environment for one’s family, and get food for them. That’s about it. Anything else is extra.”

Yet did Bowie ever stop writing songs? No. Like Michelangelo, who worked into the last week of his life, at the age of 88, Bowie persisted too. In the last year of his life, in pain and knowing he was not long for this world, he chose writing a song as his lack act on earth. That song and the rest formed Blackstar, his final masterpiece.

Regardless of Bowie’s statements about the innate and rarefied lunacy of artists, like Michelangelo, he owned the madness which drove him. He never was disengaged from his art. Because he knew that his songs connected him to the transcendent source, the river of creativity which runs through all ages of man.

Look up here, I’m in heaven
I’ve got scars that can’t be seen
I’ve got drama, can’t be stolen
Everybody knows me now

Look up here, man, I’m in danger
I’ve got nothing left to lose
I’m so high it makes my brain whirl
Dropped my cell phone down below
Ain’t that just like me?

By the time I got to New York,
I was living like a king
There I’d used up all my money
I was looking for your ass
This way or no way
You know, I’ll be free
Just like that bluebird
Now, ain’t that just like me?
Oh, I’ll be free

End of Part One.
In Part Two, Jordan Peterson on Art, Transcendence
and the Meaning of Song

As author, professor, psychologist and controversial Internet phenomenon, Jordan Peterson has written, humans need a connection to that river. Without awareness of the transcendent world, our lives do not resonate as they could. They become pointless.

JORDAN PETERSON:  A real piece of art is a window into the transcendent, and you need that in your life, because you are finite and limited and bound by your ignorance. Unless you can make a connection to the transcendent, you will not have the strength to prevail when the challenges of life become daunting. You need to establish a link with what is beyond you, like a man overboard in high seas requires a life preserver, and the invitation of beauty into your life is one means by which that may be accomplished.

Art is the bedrock of culture itself. It is the foundation of the process by which we unite ourselves psychologically, and come to establish productive peace with others.

Mankind needs transcendence, he says,
“because you are finite and limited and
bound by your ignorance.”

That edge, where artists are always transforming chaos into order, can be a very rough and dangerous place. Living there, an artist constantly risks falling fully into the chaos, instead of transforming it. But artists have always lived there, on the border of human understanding.

Art bears the same relationship to society that the dream bears to mental life. You are very creative when you are dreaming. That is why, when you remember a dream, you think, “Where in the world did that come from?” It is very strange and incomprehensible that something can happen in your head, and you have no idea how it got there or what it means. It is a miracle: nature’s voice manifesting itself in your psyche. And it happens every night.” 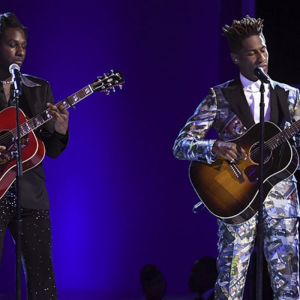 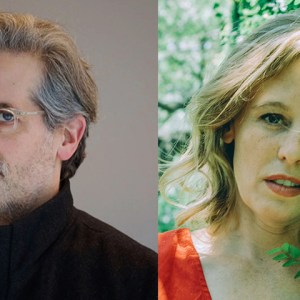