Staying true to your own musical vision and finding the right team to work with you was the takeaway theme of the 2014 ASCAP “I Create Music” Expo, held this past weekend at the Loews Hollywood Hotel in Los Angeles. The four-day conference gives aspiring songwriters the opportunity to network with other songwriters, press the flesh with today’s hit makers, check out products from gear companies and attend informative panels on topics ranging from the do’s and don’t’s of signing a publishing deal to monetizing your songs online.

One of the perks of being a successful behind-the-scenes player is the anonymity it brings to the songwriters. Mozella, Savan Kotecha, James Fauntleroy and Martin Johnson are not household names or faces, but at ASCAP’s Expo they are revered more than Justin Timberlake, Miranda Lambert and the many artists who have recorded their songs. At the Expo you can strike up a conversation with the person next to you and the friendly response to the question “what do you do” is cheerfully answered with “ I wrote ‘Wind Beneath My Wings’” (yes, this happened to someone).

At the “Anatomy of a Hit Song” panel, Fauntleroy (Timberlake, Rihanna, Chris Brown, Kelly Clarkson) emphasized teamwork. “You have to have a solid team. And then go in there and do your best.” Kotecha (Maroon 5, Justin Bieber, One Direction) added “Collaborate with people who have a different perspective. You’ll learn from them. You never see a film made from just one person.”

The “I Create Music” Center Stage showcased Ray Parker Jr., Amy Grant, Glen Phillips and Richie Sambora in an intimate setting as they performed several of their classic songs. Parker told a great story about how his hit “Ghostbusters” was written. He had been contracted to write the song for the movie but didn’t like anything he had written after previewing the movie. While half-asleep that evening, he saw a plumbing company commercial on the television and the phrase “Who you gonna call?” on the screen, along with men wearing backpacks similar to the Ghostbusters characters. Inspiration hit and, though he was still unsure of its potential, the song was turned in to the label and took off from there.

A live song feedback panel with hit songwriter Darrell Brown (“You’ll Think Of Me” and more) was chock full of great on-the-spot critiques and pointers. Brown’s affable and warm personality made every person feel like they were sitting next to an old friend who had their best interest in mind. One woman was worried her song was too schmaltzy. After bravely singing the song a capella, Brown jumped on the piano and rewrote parts of the song, including changing to a minor key in spots to create tension.

The Writer’s Jam finale featured Desmond Child, Julie Frost, Beth Orton, Crystal Nicole and Shane McAnally — all who have enjoyed multiple hits across all genres. Each of them delivered their songs with a clear connection to the lyric and meaning of the song. Crystal Nicole brought the audience (and the other performers) to their feet with an outstanding vocal performance of Rihanna’s “Only Girl (In The World). The prolific Child, who has written hits for Aerosmith, Bon Jovi and others, was so flustered he could only say “I have to follow that! That was a vocal tour deluxe!” before taking to the piano for an emotional rendering of “Livin’ On A Prayer.” McAnally then took that song’s lyric ‘It doesn’t make a difference if we make it or not/We got each other and that’s a lot’ as a summation for the writing process and the satisfaction it brings. “If making music without getting a hit is how it winds up, that’s fine.”

ASCAP President Paul Williams also headed a panel on the need for legal changes to the current US copyright laws to ensure songwriters are properly and fairly compensated. An excellent summary of this important issue can be found here.

Expo attendee Chrisie Santoni, a performer from Lancaster, PA found the weekend event well worth the time and expense. Her band The Billies tours the college circuit and recently had a bit of success when their music was placed on a documentary produced by Maria Shriver. “We have our music online and a music supervisor heard it and contacted us. They had typed in keywords related to the documentary’s theme and found us. You have to work it and put yourself out there. Being at the Expo is another part of working it.” 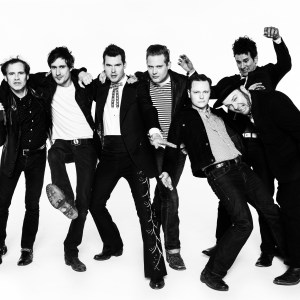 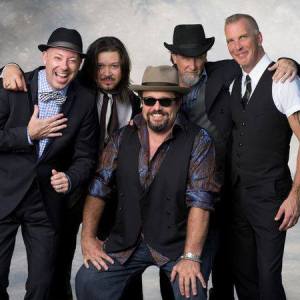