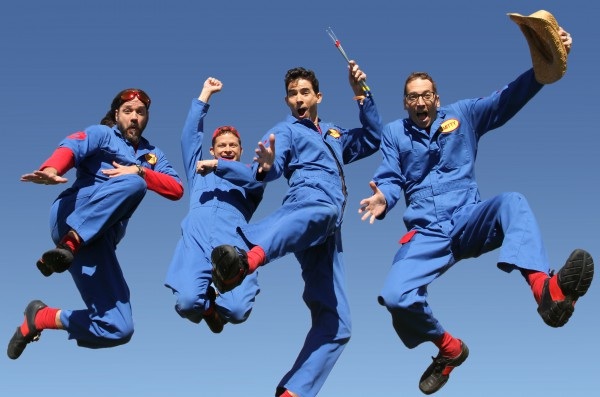 Imagination Movers are an Emmy-award winning New Orleans band who make catchy power pop for kids. If you’ve got little ones, you may have seen their popular show on Disney Jr. Their new album, Rock-O-Matic, is out today on Razor + Tie. In this special guest blog, Mover Rich explains his band’s approach to music for the uninitiated.

As I type this essay I’m sitting in a comfy chair watching this year’s Grammy Awards show. Bon Iver was just named best new artist and gave a cool acceptance speech in which he essentially said that the award was great but the ultimate prize for him has always been the satisfaction of bringing songs to life.

This is a sentiment that really resonates with me and, if I may speak for them, the rest of my songwriting partners in Imagination Movers.

For ten years now, we’ve been creating music together and during that time we’ve written and recorded nearly 200 tracks. We’re very proud of the whole catalog and one of them even won us an Emmy Award. (Our epic ’80s celtic rock throwback “Seven Days a Week” was nominated in 2010 but the track that won it for us in ’09 is a high-energy little ode to onomatopoeia titled “Boing Cluck Cluck”). Of course, each Mover has his own list of favorite songs but I can say this about each and every one of the tunes: I really, really enjoyed the process of dreaming them up, hunting them down and capturing them as best we could in our little project studio.

If you’re curious to hear what we sound like, here are few songs on iTunes that you could check out. I wish all the music from our third season was available, but it’s not out yet. Some of those are my favorite songs of all.

– “Please and Thank You”

I’d say the best way I could describe the Movers style is that it’s an amalgam of all the influences that each guy has picked up over the last few decades of loving pop/rock/hip-hop/ska/indie/alternative/country music. We never sit down and say, “Okay, now what would a five-year-old like to hear?” in any given context. Instead, we create whatever the most interesting musical idea we can come up with and we figure out how we can make it something that kids and grownups can enjoy together. This manifests itself both in lyrical choices (let’s deal with topics that a preschooler and his parent can both connect with, such as being afraid of the dark or going on adventure in one of the many cool rooms in our Imagination Movers Disney Channel series) and musical restraint (basically, very few decadent guitar solos).

The Movers method, if we can call it that, is probably similar to any other rock band that writes songs as a group. Usually, one of the guys will come in to our studio (in the early days it was in the back of my house, then it was in a room near the soundstage where we filmed the TV show and now it’s in our office/warehouse) and share a riff or a rhyme or a theme with several of the other guys. Then the jamming begins. Either Smitty or I will start banging on our Roland electronic drum kit and the rest of us will start plucking away on something. Scott will either employ his mandolin or his Mini Moog synth. Dave will play his Fender P bass. People will sing along and improvise melodies either with a set of rough lyrics or, in many cases, just complete gibberish that we will eventually carve out into something meaningful and related to the task at hand.

In the early days of the Movers, when we were essentially an indie rock band operating out of our living rooms here in New Orleans, we would dream up song ideas based on things we were experiencing as parents of young kids. So our three original indie records were filled with song titles like “I Want My Mommy (Time for Bed),” “Clean My Room,” “The Wah-Wah Song” and “My Favorite Snack.” As our kids grew older, our themes aged with them. When Hurricane Katrina hit New Orleans, we wrote the song “We Got Each Other” as a message of support to our own families as well as all the other New Orleanians who suddenly found themselves having to live like refugees (apologies to Tom Petty).

Then when we began working on the TV show, the songwriting challenges changed. Instead of writing up any topic that crossed our minds (how about farm animals?), we switched gears and began writing songs that would fit into the scripts we were creating for each episode. So along come “Jungle Room,” “Butterfly” and “Riding the Waves.”

Also, at a certain point, we had become pretty experienced as a live touring band. We’ve always considered ourselves to be the Clash of kids music: four passionate guys armed with real guitars, real drums and a real desire to create a bonafide live rock n roll experience for fans nationwide. So our songwriting also began to reflect the need to create highly interactive songs that work well in a live context. Arena rock, if you will, albeit for moms and dads, preschoolers and their older siblings. The song “Mover Music (Jump Up)” is probably the best example of a song that works great for us on stage. It’s probably because the lyrics literally explain every detail of the song’s choreography. The chorus: “Jump up! Get down! Stand up! Turn around!” It doesn’t get much more direct than that.

One of the perks of doing the Disney deal is that I got to hand over the reins of the Pro Tools rig to somebody who’s better at it than me. So, for the last several years, our trusty music producer Jason Rhein has been dutifully capturing and pulling together all of our creative inspirations in the Movers realm. The latest result of this collaboration is our newest release. It’s a CD/DVD titled “Rock-O-Matic” and, as always, we’ll be very proud to share it with the world when it’s released on Valentine’s Day, Feb. 14, 2012. The whole thing is a bit of a love letter to all the music we love: the title track is a “We Will Rock You” tribute, “Everybody Sing” is a tip of the hat to Michael Franti and “Dear Old Dad” owes a lot to the Sam Cooke era of R&B. We hope there are some new concert staples on here — and we’ll have the chance to find out when we embark on our third major U.S. tour starting this April in Buffalo, New York.

But, most important, what “Rock-O-Matic” tells me is that, after ten years and many Movers projects, I’m still lucky to have partnered with a group of guys who never fail to bring out the creativity in each other — and who enjoy chasing down fun song ideas as much as I do. It’s a really fun job. Now, if we could just pull a Bon Iver and finally win our first Grammy! 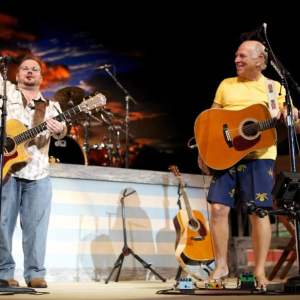 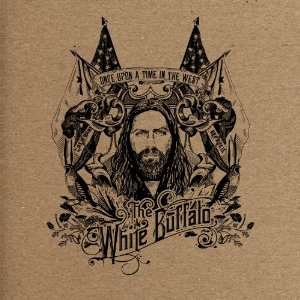