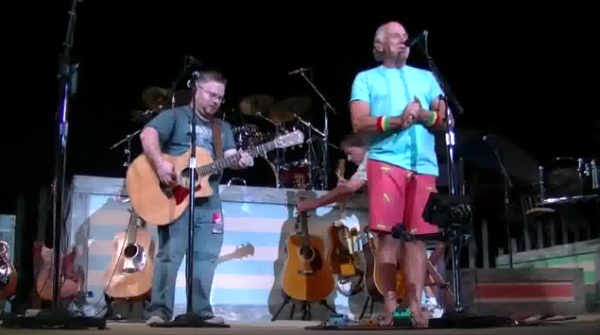 On Saturday night, amateur songwriter Matt Hoggatt – a detective from Gautier, Mississippi accustomed to gigging at dive bars on weekends along the Gulf Coast – performed in front of 14,000 screaming fans at Jimmy Buffett’s concert in Birmingham, Alabama.

Hoggatt won the American Songwriter January/February 2012 Lyric Contest for his song “Dear Jimmy Buffet,” in which he tells the famous artist (also a Mississippi Gulf Coast native) that he “could sure use a record deal this year.”

After the winning the contest, Hoggatt says he posted the article and the song on his website. A short time later, a rep from Buffett’s camp contacted him and asked if Hoggatt could come to Birmingham and perform the song backstage for the mayor of Margaritaville.

After playing the tune in the dressing room on Saturday, Buffett surprised Hoggatt by playing a response song, called “Dear Matt Hoggatt,” and then asked Matt to perform on stage that night.

“I was nervous that I was going to get nervous,” Hoggatt says, after getting the news that he’d be playing. “But once I got up on stage, I felt more relieved than I did all week long … but if that was the last thing I ever did in music, I would’ve been happy with my musical career thus far.”

Hoggatt says there were some differences between playing to an arena-sized crowd and playing to a night club in Gautier. “The crowd was so loud I felt it in my bones. I’ve never experienced anything like that, other than being near a jet engine or something.”

The Gautier detective says he’s received several hundred messages from Parrotheads – hardcore devotees of Buffett – across the country since Saturday, telling him how much they like the song.

Hoggatt will perform on stage tonight with Buffett, in Tallahassee, Florida, and is in talks to perform future dates at various Margaritaville locations.

Click here to read lyrics to Matt’s song, and check out this Q&A where he discusses the writing of “Dear Jimmy Buffett.” Below are lyrics to Buffett’s song.

You can watch a video of Matt and Jimmy’s Birmingham performances here. Enter the May/June Lyric Contest here. 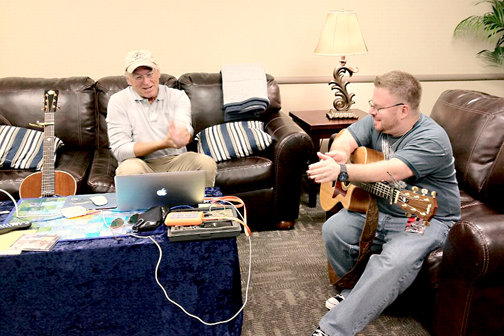 Hey Matt Hoggatt, you got my attention
With your winning songwriter’s tune
You’re all over Facebook, Google and Twitter
And you just might be more famous soon
So, I figured I needed to get you this message
Fame may not last that long
I did it the way we both know is best, I put it down in a song

Matt, back when I started it was no big secret
I was digging through oysters for pearls
It wasn’t the fame, it wasn’t the fortune
It was simply about meeting pretty girls
Luck and hard work and a little bit of talent
I would say those were the keys
And never stop dreaming
And never stop scheming
And I hope you are as lucky as me

Yeah, I got those planes and a restaurant chain
And I lived through a live stage-dive, too
Hey Dear Matt Hoggatt, I did hear you calling
And your message it really got through

Yeah, I’ve got those planes and restaurant chains
I want to buy you a Landshark or two
Dear Matt Hoggatt, I did you hear your cool song
And buddy that is how you got here
So, let’s talk about that record deal, this year 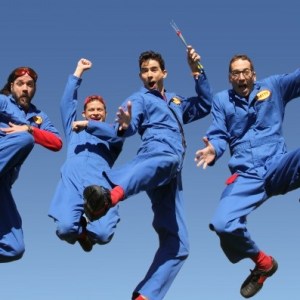