The importance of art isn’t best expressed in figures or sums, but in the gratification it provides its audience and creator. Six nights ago, David Berman crashed my Silver Jews tribute show and it was one of the great experiences of my life.

This strange turn of events will no doubt fall on deaf ears for some; the Silver Jews are a now-defunct band that formed in 1989. They broke up in 2009 with a grand total of zero hit songs and only a handful of live shows played. For many years, their biggest claim to fame was that two of their members went on to form the rock band Pavement.

But for anyone who has ever listened to a Silver Jews album or read Berman’s critically acclaimed book of poetry, Actual Air, it’s clear that he is one of the great American lyrical masters.

He’s also my personal favorite songwriter; more than Neil Young or Bob Dylan, more than anyone. I’ve shed tears in inappropriate places because I dared to believe I could casually listen to The Natural Bridge. And I’ve pushed my own songs further ever since the day I discovered them, hoping that I, too, could one day create art as inspiring as Berman’s.

I play in a band called The Cartoons. We aren’t normally a Silver Jews tribute band. In fact, these were the first and only tribute shows we’ve ever played. I’d toyed with the idea in the past, but it wasn’t until I talked to Bob Nastanovich (founding member of the Silver Jews) that plans were set into motion.

Bob told me to bill him as “DJ Need A Stack,” and together we booked a handful of shows, including a Friday night gig at The End in Nashville, Berman’s hometown (mine too).

Friday night in Nashville is tough competition for a band. We’ve played for a sold-out crowd at the Exit/In and we’ve played for eight people at The 5 Spot (in that order) — and that’s the harsh reality of Music City.

Even armed with Bob as our special guest, the crowd at The End that night was much more sparse than the previous night, in Bowling Green, Kentucky.

But I could’ve cared less if anyone showed up. I was busy gawking at Bob’s cellphone outside the venue, and the text message he’d opened up to show me.

“On my way,” it said, from David Berman.

My chest tightened. Bob grinned. He had mentioned the previous night that this might happen (he’d also mentioned inviting Steve West from Pavement out), but given Berman’s reputation as a recluse, I was more than skeptical.

But from that point on, I probably glanced at the front door every 30 seconds, for the better part of an hour.

I couldn’t stop pacing long enough to have a conversation with anyone.

“Are you okay?” our rhythm guitarist asked for the sixth time.

I walked over to Bob to let him know the opening band, SoftCrush, was about to take the stage and when I turned back around a man in a red trucker hat was walking past me to greet him.

He was taller than I’d imagined and no longer wore the trademark beard he was known for in the latter half of his music career — but it was him all right, the enigmatic poet behind my favorite records: David Berman of Silver Jews.

Bob immediately introduced us. I could tell he was pleased with himself; he knew my brain was about to explode and he reveled in lighting the fuse. By the way: Bob is the nicest, most genuine guy you’ll ever meet. Not only did he help organize the shows, he performed Pavement’s “Debris Slide” with us both nights (a dream come true in its own right).

After Bob excused himself from the conversation to focus on DJing, I was left alone with Berman.

I had so many things I wanted to say, but I didn’t want to overwhelm him.

I thanked him for coming out and confessed that I was nervous meeting him. He shared a story of meeting Robert Smith when he was younger, and how important it was to him that Smith was a genuine, nice person. He also joked that he’d hardly be able to pay attention to our set because he’d be too busy focusing on his musical shortcomings.

“You’ll be playing one chord and I’ll think, ‘Why does he have to sit on that chord for so long?’ Oh, because I didn’t write another chord,” he said.

Despite his teasing, I detected the excitement and intrigue in his voice. At this point, I realized this evening might be special for him, too.

I let Berman and Bob catch up and tried in vain to mind my own business till our set, tuning up guitars and sending last-minute invites. But I couldn’t keep my eyes off him, sneaking peaks like a starstruck teenager while blankly nodding along to any conversation anyone tried to have with me (it’s probably worth mentioning that I have a journalism degree and interview musicians for a living).

I watched him interact with his friends from across the bar and felt caught off guard by how much fun he seemed to be around, especially for a guy who has been described as “reclusive,” for most of his career.

I was a different story. Once we took the stage, my eyes no longer struggled to find him in the crowd, but rather to find anything that wasn’t him to look at. I turned my body slightly to the right so that he was just out of my peripheral and sang to two-thirds of the room. I could hear him clapping and playfully heckling us at times between songs but I dared not look at him while I was up there. We played seven Silver Jews songs, three originals, and one Pavement cover (with Bob) to close out the show.

“It was great; I didn’t feel awkward the whole time,” he said with playful sarcasm.

We weren’t what he was expecting.

“I thought, ‘You start a Silver Jews cover band because you can’t play instruments or sing, but you guys can do both!’”, he said, singling out our rendition of “Rebel Jew.”

“That was probably the best it’s been played live, because we never really did it,” he said.

He told me he sent a clip of us playing to his wife (Silver Jews bassist) Cassie, and she said it was “weird in a good way,” and made her “miss the real thing.”

I told him I missed the real thing, too.

Being a music journalist, you get used to acting casual around artists you admire, but I decided to throw that out the window when I met Berman.

I told him how much his music meant to me, how many times it had filled my heart and reduced me to tears. I told him one of my best memories with my mom was listening to The Natural Bridge with her in a car a few months before she died. I told him that his albums were like a gift to me and I thanked him for making them. Oh boy, did I gush.

I’m not sure why it felt appropriate for me to tell him those things. Maybe it’s because Berman is so honest that he inspires that kind of conversation or maybe I just felt like he needed to hear it.

I’ve read interviews where Berman has described his music career as a failure, which is a tragic thought to me. I really hope that isn’t how he really feels.

It’s true that the Silver Jews might not have provided him with great wealth or fame, but it’s unfathomable to imagine that the songs that have given so much to so many cannot provide gratification to the person who wrote them.

As for me, all the amount of fame and money in the world couldn’t feel as special as sharing a genuine moment with one of my heroes. Thank you, David. 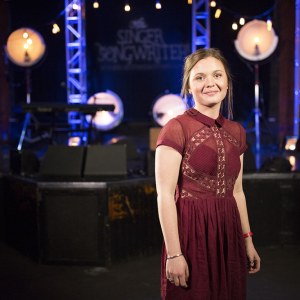 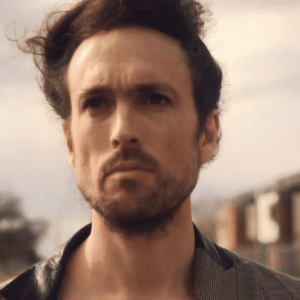